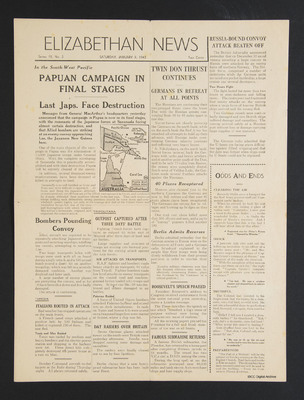 Front page of a newsheet covering world wide military activity, Series 10 No 3, Two cents. Lead articles about Papuan campaign in the Pacific and Russian successes. Other reports cover North African campaign, German attacks on the south coast and operations at sea. There is also an Odds and Ends column.