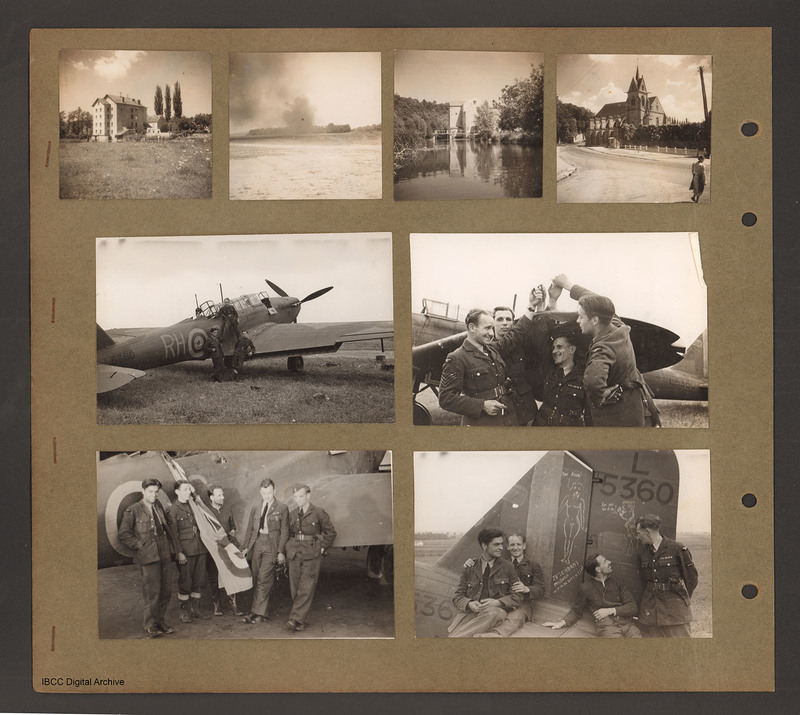 Across the top four photographs of French countryside. From left to right: multistory building at the rear of a field with trees including three prominent poplars in the background; an open field with trees in the background. In the centre smoke from a possible explosion; mill with lake in the foreground surrounded by trees; a church on the far side of a road. On the left a women walking to the right.

Below are four photographs showing Battle aircraft and service personnel.

Middle left quarter view of a Battle facing right. Three airman pose on the wing and standing in front of the aircraft.

Middle right a sergeant and three other airman standing celebrating at the wing tip of a battle which is facing left.

Bottom left a group of five airmen standing with a Royal Air Force ensign in front of part of a Battle.

Bottom right three airmen sitting on the tail of a battle while a fourth stands to the left. On the tail graffiti of a woman and registration L5360.