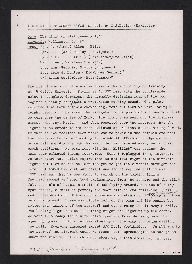 The story of a complete engine failure in Wellington LN 487 over York at 15,000ft at night. The aircraft was over York and crash-landed safely. The rear-gunner had been knocked unconscious but was unhurt, as were the rest of the crew.

The flight was a flight was a night exercise towards the end of flying training at 15 O.T.U. Harwell. Flying at 15,000 feet with the countryside below in complete darkness, the normally deafening roar of the two engines suddenly changed to a tremendous rushing sound. The pilot reported that both engines show high revs but that we were losing height rapidly. He asked the Navigator for a position and was told that we were over the centre of York. The pilot then sent out the distress signal ‘May-day, Mayday! and then reported over the intercom that the lights of an aerodrome have been switched on and that he was aiming for it. By then he realised that there was no power in the engines and that the revs were being produced by the windmill effect on the propellers as we fell rapidly through the air. He then ordered everyone to their crash positions. My position, with Sgt. Phillip(?) was against the main spar bulkhead facing rearwards. Here I replugged in my intercom. We then hear the Pilot report that he had lost sight of the airfield light but that he had at last manged to get the aircraft straight and level. I asked him what our height was and he replied that it was 4000 feet and that he was about to switch on the landing lights.
The next second we heard loud exclamations from the gunners and the pilot felt a couple of bumps, a smell of mud flying around, a sense of being spun around, a smell of petrol, and then silence and stillness. Phil and I scrambled out of the astro-drome escape hatch onto the [deleted]port[/deleted] [inserted] starboard [/inserted] wing then onto the ground. There was little left of the wing and its engine has rolled away infront of the aircraft and was burning itself away merrily. The landing light was still shining bright and lighting up the scene. We were in a muddy field with petrol pouring from the wing onto the squelchy grass. Sgt. Allen was standing on the wing and began calling the roll. Everyone answered except W/O Louis Wooldridge. We all ran to the rear of the aircraft where we found Louis spreadeagled on the grass under the rear turret which stood about eight feet above us. At last

Jimmy Allen’s calm professional efficiency broke down. “I’ve killed old Wooly!” he cried out in great anguish. Geordie, the Engineer, rose to the occasion and with great presence of mind and not a little courage climbed back into the aircraft in order to retrieve the Very Pistol and fire off a red flare to attract rescuers. His enterprise was a little too enthusiastic however, for instead of coming out of the fuselage with the pistol he inserted it onto its socket and fired it vertically out of the top of the aircraft. We took one horrified look as the brilliant flare soared into the air, paused , and began to fall back towards the fuselage. There was not a breath of wind. Each of us grabbed one of Louis’ limbs and we ran like hell to get as far from the aircraft as possible, until the flare still burning bright landed and fizzled out, in the grass only a foot or two from the canvas covered fuselage. Silence reigned except for the gush of petrol from the wing.

We laid Wooly on the grass about 50 yards from the aircraft as Geordie clambered happily out of the escape hatch. Wooly then sat up, looked around and said, “What’s happened?” to which Eric Dunton, (I think) replied with great exasperation. “You can see what’s bloody well happened!” Wooly looked back at his turret and immediately exclaimed “What about me rations?” (The tin of chocolate and raisins that was issued to every crew-member on long flights). “You go and get – your own bloody rations!” was Eric’s vehement reply.


By then Geordie’s flare had been seen by a local Anti-aircraft crew who soon arrived with torches and led us back to their camp, and then to R.A.F. Rufforth for some much needed sleep. Sgt. Allen was able to telephone the C.O. at Harwell, whose reaction was not to ask if anyone has survived by only to curse the pilot for destroying his best aircraft.

Next day we return to the aircraft to assess the situation, We found that we had flown at ground level through a wood on the outskirts of York. It was the sight of the flight past and taking off our wings as the pilot switched on the landing lights that brought the cries of amazement from the pilot and gunners. We had then slid across a large marshy field of grass until one engine touched the ground and spun us round 180 degrees. Not one of the crew was even slightly injured, not even Louis Wooldridge. How he had arrived unconscious beneath the rear turret we never found out, but wondered if he had jumped or fallen out with his intercom still plugged in, for we were certainly not expecting to land so suddenly. But whatever the

reason he was only knocked out for about one minute, or less, i.e. the time it took to call the roll.

Climbing back into the aircraft to rescue my charts, log, [inserted] and also the pilots parachute [inserted/] and sextant I discovered that our leather gauntlets had been stolen. As it was R.A.F. policy never to replace lost or stolen gauntlets (taking it for granted that they must have been sold on the black market), I was obliged to fly the rest of the war with only my silk inner gloves to keep me warm.

Why did Jimmy Allen tell me that we were 4000feet when in fact we could’nt have been more than a couple of feet above the ground? The answer lies in the construction of the altimeter, This was no more than an aneroid barometer, which was very slow to react to changes in atmospheric pressure. We had descended 15,000 feet in 3 or 4 minutes, leaving the altimeter with its built-in time-lag reading nearly a mile above our true height.

We never discovered why both the Wellington’s engines should suddenly fail completely and simultaneously, without warming. No-one would believe that it could happen but it did, and I believe, has happened on several occasion since then. Nor have I ever heard of any other air-craft falling three miles at night with no engine power whatever, and landing safely of its own accord in a dark and muddy field with all the crew walking away completely unharmed.

At the end of the official enquiry, which found no fault in anyone’s actions, nor any reason for the loss of the aircraft, each member of the crew was asked if they wished to change to another crew, and all of us, with the exception of W/O Cohen, who was entering his second tour of operations and was hoping for a crew as experienced as himself, had no hesitation insaying that we wished to continue flying together with Sgt. Allen as our skipper. In the weeks that we had been with him before the crash we had all been deeply impressed by his flying skill and his outstanding ability as captain, in the realisation that he could do everyone’s job in the crew at least as well as we could ourselves, and we all had complete confidence in each other. During the events of 21st Jan, we had all been equally deeply affected by Jimmy Allen’s calm and efficient professionalism in a situation of extreme danger, and by his remarkable skill in handling the stricken aircraft. We knew that he was a captain who would never panic, never act wildly or foolishly, always skilfully in command of every situation no matter how desperate. Not every bomber captain inspired such

[page break]
confidence. Above all perhaps we felt that anyone who was not only as skilful but as [underlined]
lucky [/underlined] as Jimmy Allen, - as the whole crew – had to be where our future lay.

We took on a new W/Op (Sgt. Ron Adams) and within a few days transferred to a Halifax Conversion unit, and then on to 578 Squadron at Burn in Yorkshire. Here we flew 39 operations over Europe specialising in very accurate attacks on small tactical targets. Our crew was particularly successful, our log and bombing photographs always on display, and we completed the tour flying day and night without any of the crew sustaining any injury of any kind, inspite [sic] of much damage to our aircraft, ( which managed to survive and fly many more operations.

By the end of the tour, flying day and night under great stress, our nerves pretty well worn through, we had come almost to hate the sight of each other. Nevertheless we all volunteered to go on another tour of special duties, provided that we could keep together as a crew. But the R.A.F. decided to send us all on our separate ways. While on the Squadron at Burn, three of the crew, - Jimmy Allen, Norma Phillips and myself, were commissioned [sic], and in January 1945 we read that every member of the crew, except for Eric Dunton, who, in spite of being proven many times to be the best gunner on the Squadron, had never had the opportunity to fire his guns at the enemy, had all been awarded the D.F.C. or D.F.M.