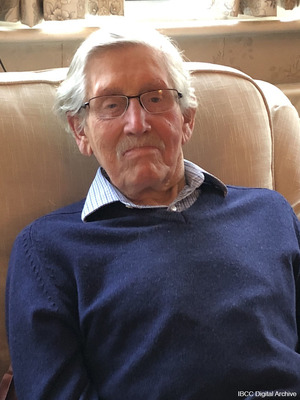 Jack Simmonds was the son of an RAF serviceman. As a result his childhood was spent moving around a great deal including a few years in Egypt. He joined the RAF and began training as a pilot. He joined 51 Squadron as a Whitley pilot at RAF Dishforth before transferring to 77 Squadron at RAF Topcliffe. Coming under attack the navigator was injured and so was unable to bale out forcing Jack to crash land. The surviving crew became Prisoners of War. He was sent to Stalag Luft 3 where he took an active part in the Wooden Horse escape.