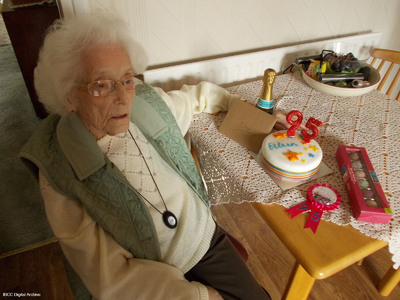 Eileen Pickering, from Sheffield, was conscripted in to the Women’s Auxiliary Air Force. She was posted to Grantham and after working in the Orderly Room she re-mustered to work on the teleprinters. She was in post on D-Day when she describes how busy they were. She was then posted to Bletchley Park.