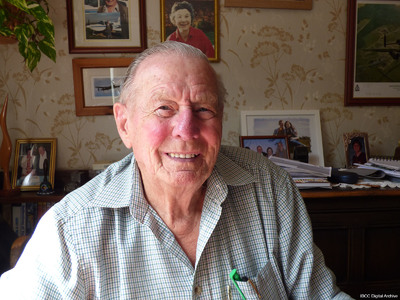 Ted McRae volunteered for aircrew and trained as a gunner. He was usually in the mid-upper turret but would sometimes swap places with the rear gunner. On one trip repatriating ex-prisoners of war his aircraft crashed. He and the other gunner were the only survivors. He then flew as a 'spare bod'. He completed his career in the RAF at Chittagong in India.