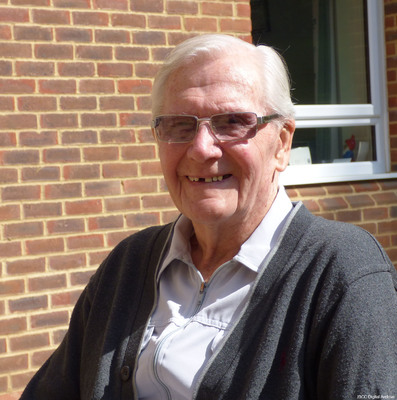 Jack ‘Lawrie’ Lawrence planned on making a career in the RAF and joined in 1938. He enjoyed those early days when it felt like he belonged to a flying club. This was interrupted by the start of war and operational flying. He flew in Blenheims and notes they ‘filled the graveyard’ because of the accident rate with the aircraft. He volunteered for a second tour after a spell as an instructor. He was shot down and became a prisoner of war. He swapped identity with a New Zealand soldier so he would be able to volunteer for working parties which would give him the opportunity to escape. He made two attempts but was caught and delivered into the hands of the gestapo. On his last recapture he was held in a cellar before being called out into a garden where he was told he would be executed. He was unexpectedly reprieved and returned to prison. During the Long March he made his last escape and met with Canadians. He and his friends drove a Mercedes to a bridge and they then swapped the car for a camera and continued their journey on foot until they reached freedom.