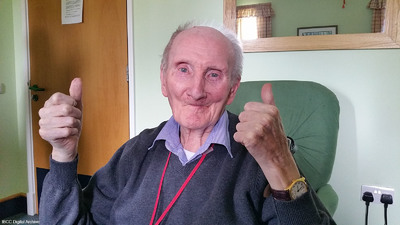 Johnny Graham wanted to join the RAF as soon as he was of age. His grandmother asked him not to because she had lost her only son in the First World War. However, he joined the RAF on his nineteenth birthday. He trained initially as an armourer. He then volunteered for aircrew and was posted as an air gunner to 100 Squadron. His greatest memory was flying back to the UK and as the dawn broke seeing the D-Day operation unfolding on the Channel.