The collection has been loaned to the IBCC Digital Archive for digitisation by Syd Marshall and catalogued by Barry Hunter.

The log book covers the training an operational career of Flight Engineer Syd Marshall from 28 July 1944 to March 1945, with occasional notes added through 2008. He joined 103 Squadron at RAF Elsham Wolds on 27 September 1944, from where he flew in… 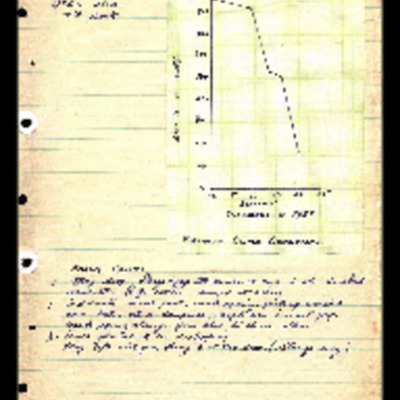 Handwritten notes for Lancaster systems made during Syd Marshall's training to become a flight engineer. It includes detail on start up procedures, fuel and carburettor systems, climb rates, cruising, and cabin heating. 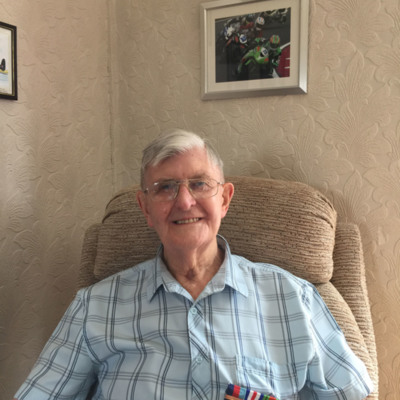 Sidney Marshall grew up in Lincolnshire and worked as an agricultural engineer. He volunteered for the Royal Air Force at eighteen and trained as a flight engineer. On his first operation to Duisburg one of his Lancaster's engines was hit by shrapnel… 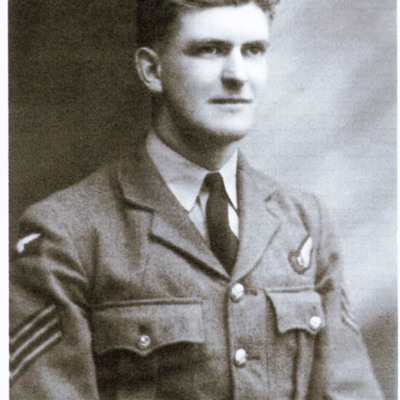 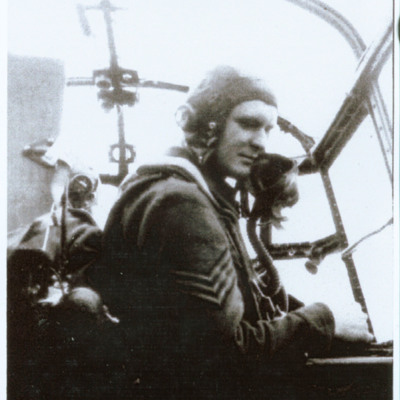 Sergeant Syd Marshall at the flight engineer's position in a Lancaster cockpit.

Sketch of a pilot Head and shoulders sketch of a pilot with peaked cap, pilot's brevet and whistle on his collar. 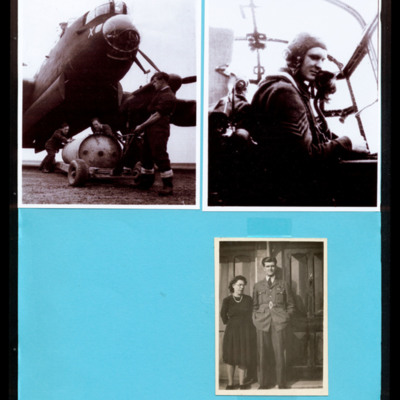 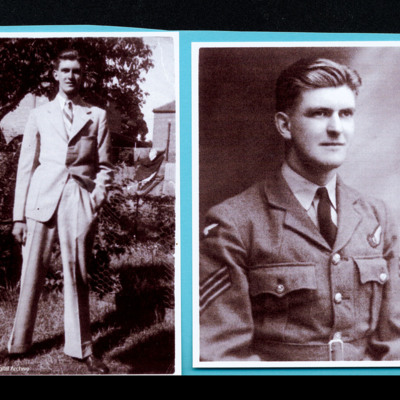 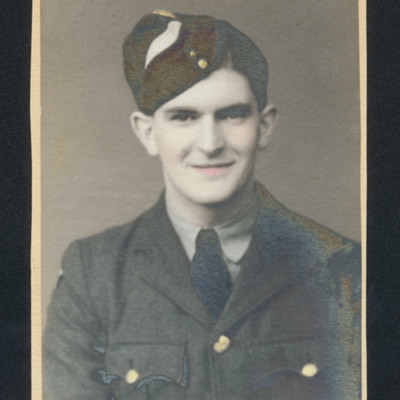 Head and shoulders portrait of Syd Marshall in side cap with white flash. On the reverse '[undecipherable] hair & eyes RAF uniform.

Syd Marshall grew up in Lincolnshire and was working as an engineering apprentice when he decided to volunteer for the RAF. He asked initially to train to be a pilot but when the basis of his apprenticeship became clear it was inevitable he would be… 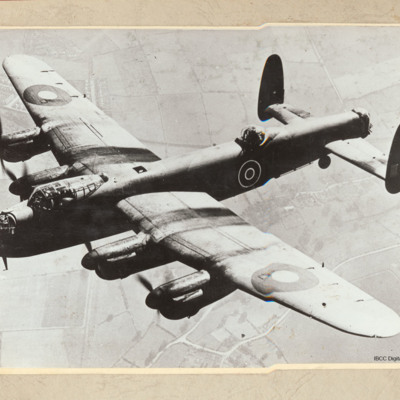 Air to air view slightly above looking down on the top, port side of a Lancaster in flight.

Lancaster of 103 Squadron at night 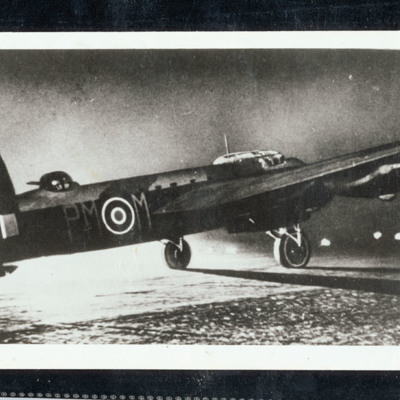 Starboard side of a Lancaster 'PM-M' at night on the ground. 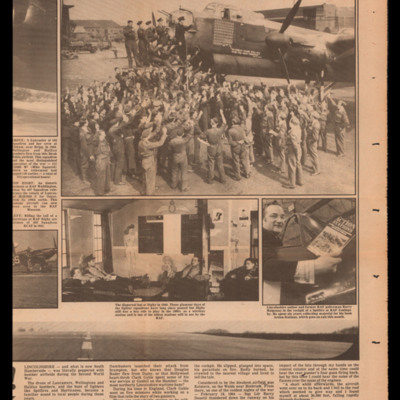 Article 1 has a photograph of the nose of Lancaster Mike Squared, S for Sugar at Waddington, the dispersal hut at Digby and Barry Halpenny in the cockpit of a Spitfire with his book 'Action Stations'. The cutting mentions Douglas Bader flying from… 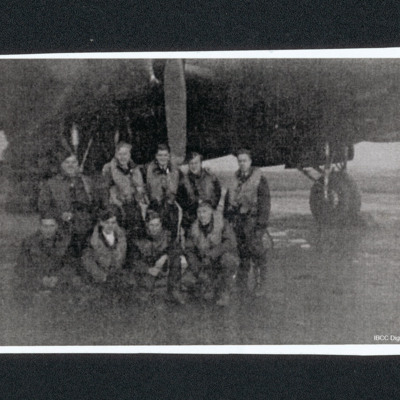 The nine airmen are positioned in two rows under the port inner engine of a Lancaster. Aircrew are wearing life jackets. On the reverse 'The gang and three of the ground crew before we took off for Germany'. 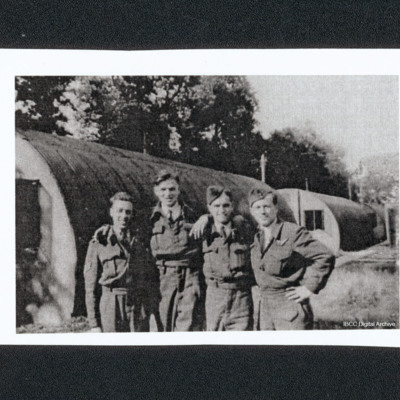 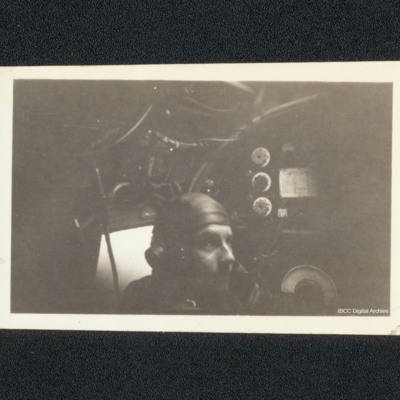 Lou Morgan and John Round 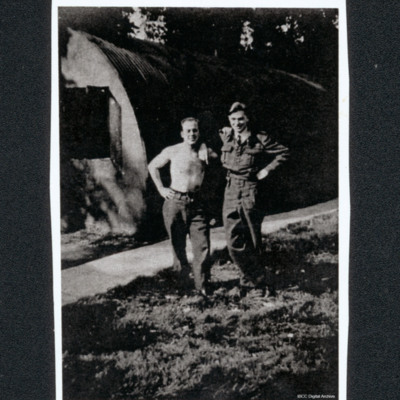 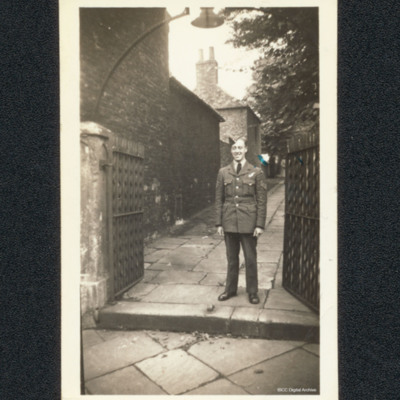 Sergeant Nobby Clark standing in uniform at gates. On the reverse 'Bomb -aimer "Nobby" Clark turning on the charm'. 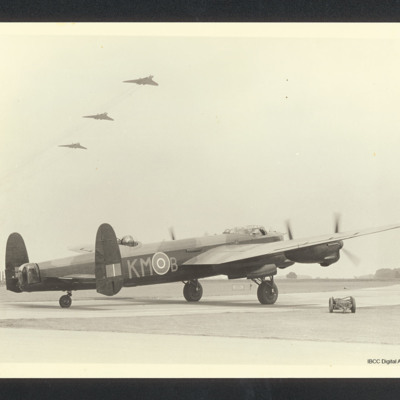 Lancaster KM-B with engines running on the ground with three Vulcans over flying. 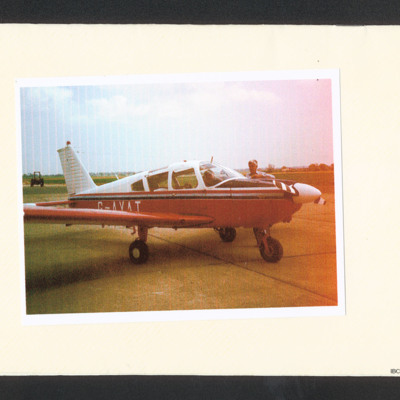 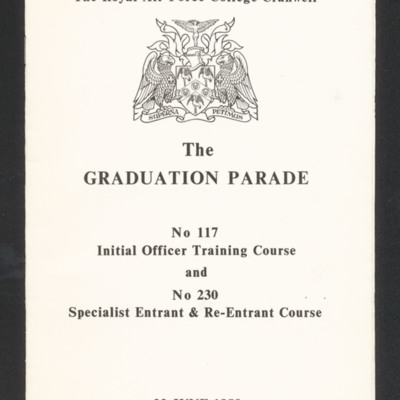 Programme of events for the graduation ceremony at RAF Cranwell. 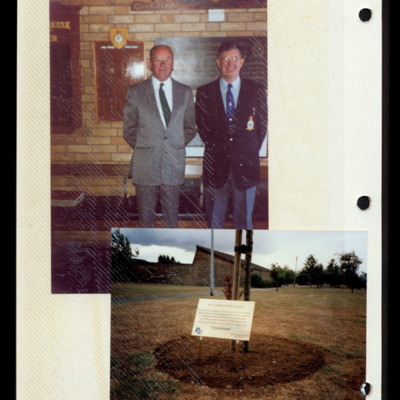 Photograph 1 is Ivor Cole and Syd Marshall standing in front of the Elsham Wolds memorial plaque.
Photograph 2 is a board and tree planted to commemorate the ending of the Second World War. 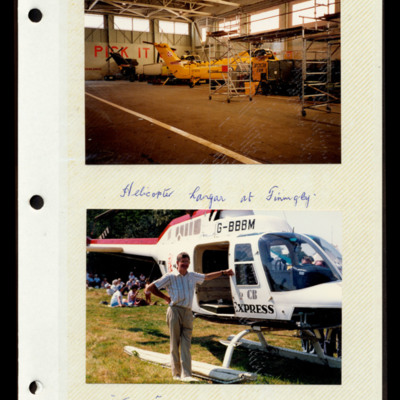 Photograph 1 is of two Wessex helicopters in a hangar, captioned 'Helicopter hangar at Finningley'.
Photograph 2 is of Syd Marshall leaning on a Jet Ranger helicopter captioned '"Express" helicopter at Springfields'. 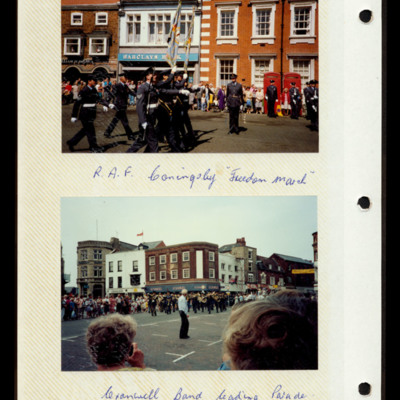 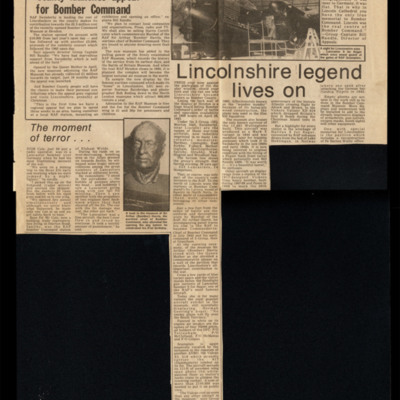 Article 1 refers to funding for the Bomber Command museum at Hendon from RAF Swinderby.
Article 2 is a wartime memoir by Ivor Cole, 103 Squadron.
Article 3 describes some of the exhibits at the new Hendon museum.
View all 87 items