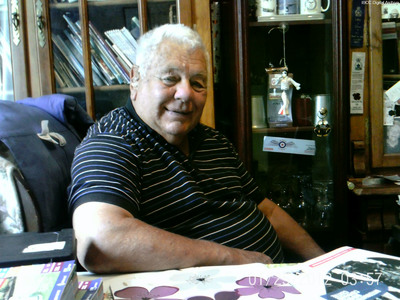 Roy Monk remembers days spent in the air raid shelters as a schoolboy during the war. After the war he wanted to be a policeman before he was called to National Service. After training to be a mechanic he was posted to RAF Upwood. Then he was posted to Kenya. When he looks back over his National Service he particularly enjoyed the time he worked on Valiants. When he came back to the UK from his service abroad he completed his National Service at RAF Marham. He recalls a number of accidents and the difficulties of the conditions in which he worked during his time with the RAF. His memories feature in a book entitled, “The Valiant Boys.” By Tony Blackman.