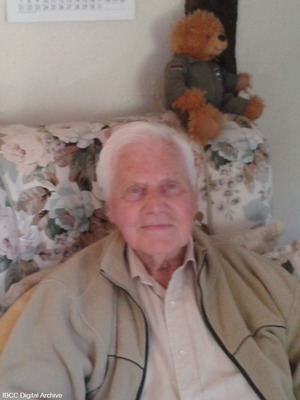 Roy Hill and his crew were shot down over the Ruhr by a German night fighter and incarcerated for six months in Stalag Luft 1. He worked as a photographer in Farnborough following the war.