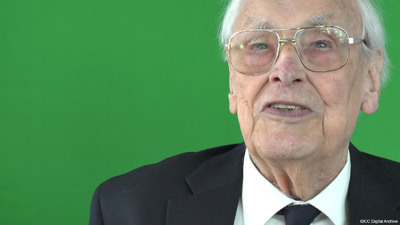 Jo Lancaster grew up in Cumbria and joined the Air Force as soon as he was able. After training as a pilot he flew a tour of operations with 40 Squadron from RAF Alconbury. He then became an instructor before his second tour flying Lancasters with 12 Squadron from RAF Wickenby. He then became a test pilot at RAF Boscombe Down. He continued to be a test pilot after the war and was the first person to eject from an aircraft in danger using a Martin-Baker ejector seat. In all he flew a total of more than 144 aircraft types.