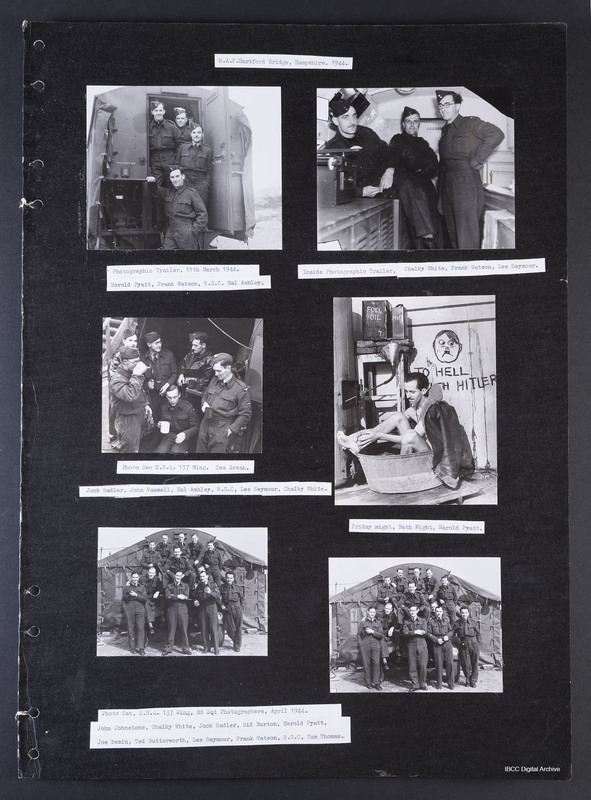 Photograph 2 is of the inside the trailer captioned: 'Inside Photographic Trailer, Chalky White, Frank Watson, Les Seymour.'

Photograph 4 is an airman in a tin bath. A leather flying jacket is draped over his shoulders although he wears no other clothes. Behind on the wall is a cartoon of Hitler with the message 'To hell with Hitler'. There is a funnel arrangement and cans labelled 'Fuel Oil' and 'H2O' on a shelf behind him. Captioned: 'Friday night, Bath Night, Harold Pyatt.'