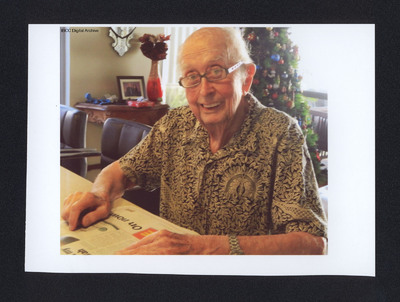 Norman George Smith grew up in Western Australia. After leaving school he became an assistant in a timber mill workshop before volunteering for the Australian Air Force at the age of eighteen. He flew operations as a pilot with 463 Squadron from RAF Waddington. He returned back to Australia at the end of the war and recalls how he was welcomed home by his family. He also talks about how his first wife arrived from England, and his subsequent family life.