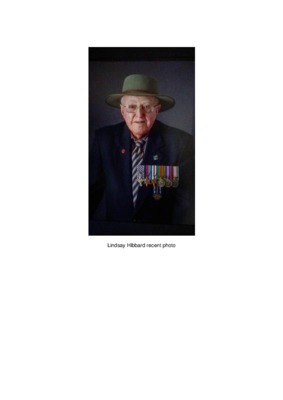 Lindsay was born in Murwillumbah, Australia, before moving to Brisbane in 1927. Lindsay tells of growing up on the family, and how his eldest brother was killed in Malaya on the Thai Railway, and his older brother returning home to run the farm after his father passed away. Lindsay joined the Royal Air Force in 1942. He did his initial training at Kingaroy, before moving on to training as a wireless operator at Maryborough, completing that in July 1943. He tells of his experiences on the gunnery course at Evanshead, where his ‘claim to fame’ is that he got 30% of his hits off target. After going to San Francisco and New York, Lindsay tells of his trip across to Liverpool. Lindsay flew in Battles, and then went on Ansons, Wellingtons and Stirlings. He flew 32 operations all with the same crew, including Nuremberg, Dusseldorf, the Dortmund-Ems Canal, to the oil refineries at various locations, and operations to bomb the U-Boat pens in Norway. He was awarded the Distinguished Flying Cross in 1945, after his aircraft was hit by anti-aircraft fire on the way to the target at the Politz oil refineries in February 1945. The anti-aircraft fire severed a number of cables causing a failure of the intercommunication system, and Lindsay managed to make repairs. The pilot also received the same award for bringing the aircraft down safely. Lindsay jokes that his uniform was ruined as they could not get the oil out of it. After the war, Lindsay tells how he returned to the farm, his encounter with a lady who he used to date in Edinburgh, and his diagnosis of post-traumatic stress.