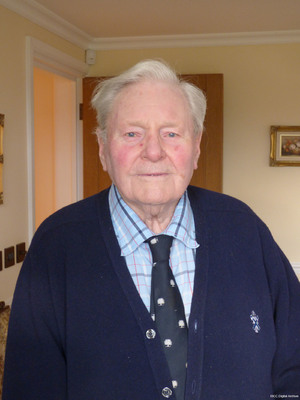 John Cox grew up in Lincolnshire and worked in banking before he joined the Royal Air Force. After training as a pilot in the United States, he served as an instructor for almost three years. He flew 20 operations as a pilot with 626 Squadron,from RAF Wickenby, before his aircraft was shot down and he became a prisoner of war. He was repatriated from a German military hospital by American forces and returned to England. Spending two years in hospital at RAF Cosford, he received treatment and bone grafts to his leg. After the war he returned to banking.