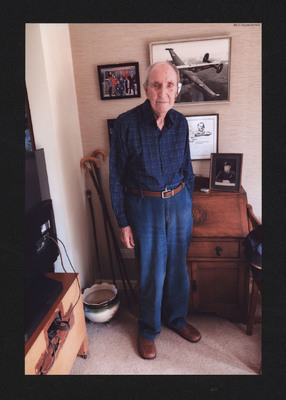 Ken Symonds was in the Air Training Corps when the unit was visited by a flight engineer. This meeting further inspired him, along with his cousin to join the RAF in a ground trade with the expectation of moving on to become a flight engineer. Ken’s cousin Ron Barnicoat was a year ahead of him in training. They met one final time before Ron went home on leave. Shortly after re-joining his squadron Ron was killed. Ken and his crew took part in Operation Exodus to repatriate prisoners of war.