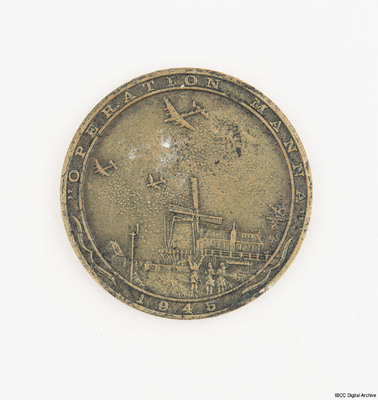 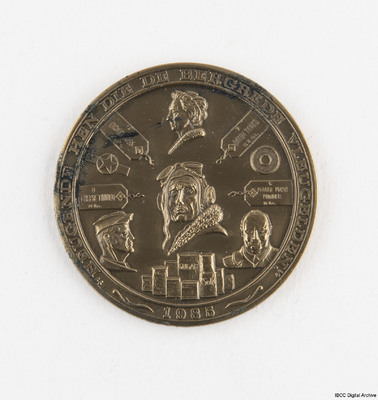 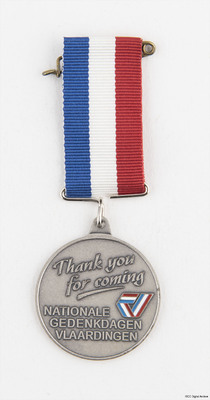 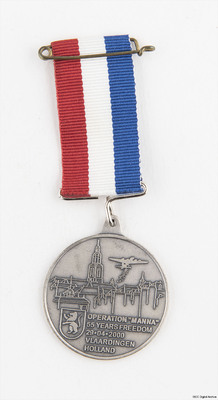 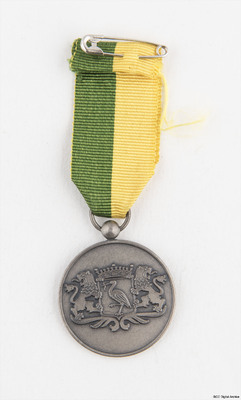 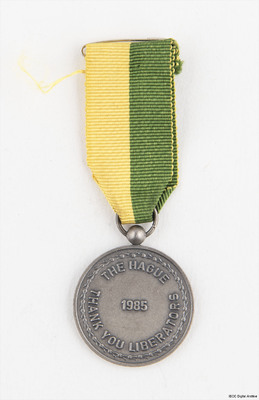 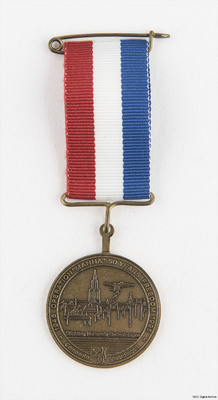 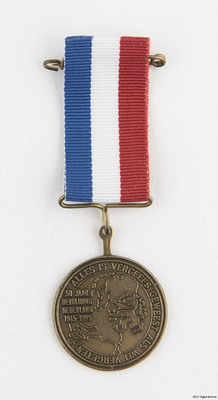 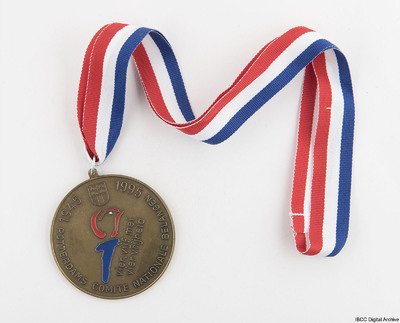 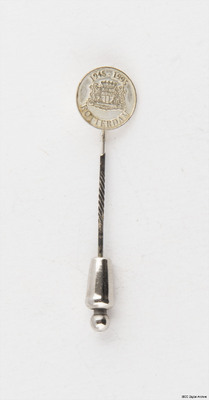 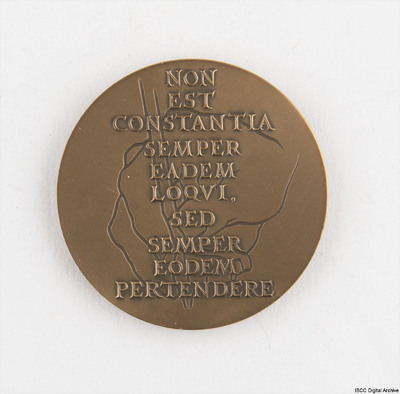 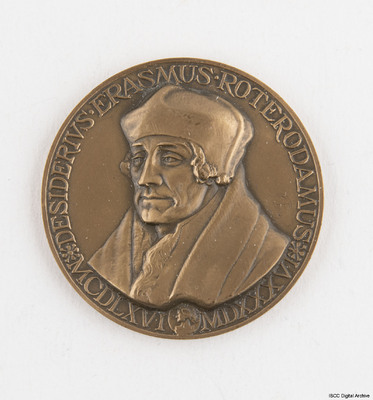 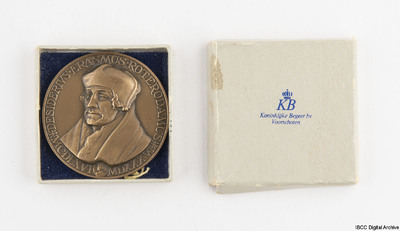 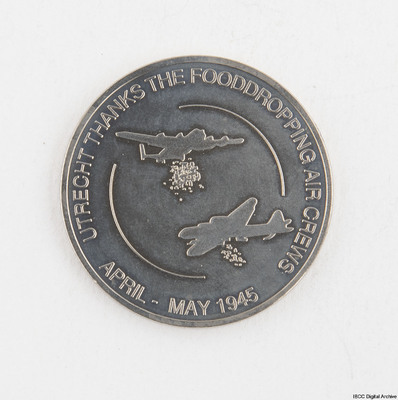 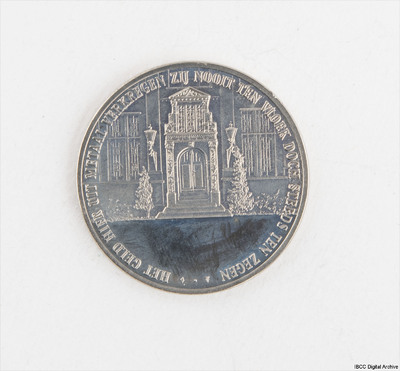 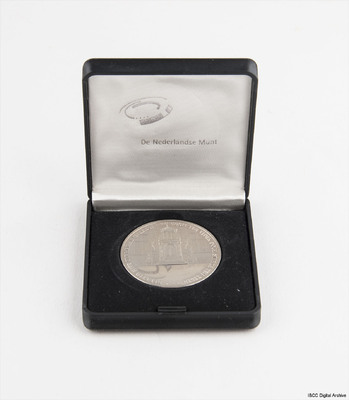 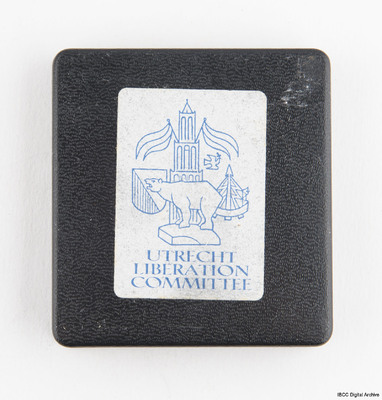 Medals and medallions presented to Ted Leaviss and others who attended the anniversary celebrations of Operation Manna in Holland in 1984 and later.
Medallion showing Lancasters dropping packages over a stylised Dutch landscape with 1945 and Operation Manna around the border.
Medallion which has a central head of an aircrew man, surrounded by three other heads of then contemporary leaders, with 1985 and an inscription in Dutch around the border.
Medal, the ribbon uses the colours of the Dutch flag. One side of medal says 'Thank you for coming'. On the reverse a B17 dropping packages over a Dutch city and 'Operation Manna 55 years freedom 29.04.2000 Vlaardingen Holland'.
Medal with yellow and green ribbon inscribed ' The Hague, thank you Liberators 1985. On the reverse a heraldic badge.
Medal, the ribbon uses the colours of the Dutch flag, has B-17 dropping packages over a Dutch city with the inscription 1945 Operation Manna 50 years Freedom 1995. On the reverse a Dutch inscription.
Medallion from Rotterdam celebrating the 1945-1995 anniversary. It has a ribbon using the Dutch colours.
Lapel pin reflecting Rotterdam 1945-1995 anniversary.
Medallion recording Erasmus and Rotterdam, reverse and the medallion in its presentation box.
Coin with images of Lancaster and B-17 dropping packages, with the inscription 'Utrecht thanks the food dropping air crews, April-May 1945'. Reverse and its presentation box.