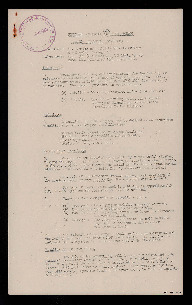 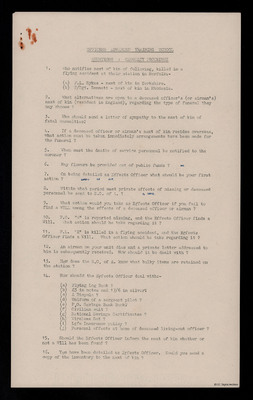 Covers introduction, definition, reporting of casualty, notification of next of kin, funerals, coroner's inquest, burial in the field and dispersal of effects. Followed by two appendixes, one with details of actions by effects officer. and the other a specimen message "A". Then a page of questions.