Communication with prisoners of war and civilians interned abroad 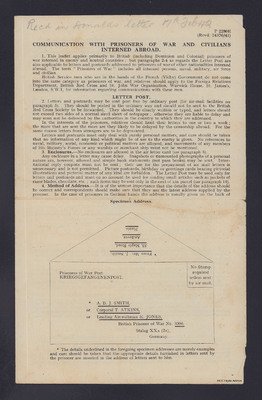 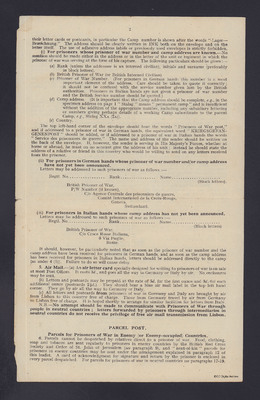 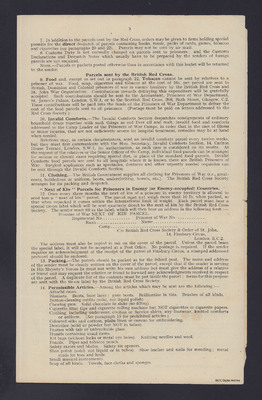 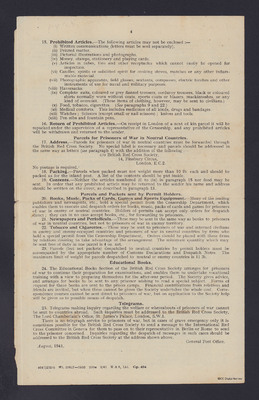 Communication with prisoners of war and civilians interned abroad

Gives rules for letters, enclosures, methods of address for prisoners where war number and camp address known or details not yet announced. Mentions prisoners in Italian hands and that no attempts should be made to contact through neutral countries. Goes on with rules for parcel post, parcels sent by British Red Cross and contents allowed. Rules for packing and permissible and prohibited articles. Other rules for prisoners in neutral countries as well as rules for educational books and telegrams. Note at top, 'Received in Donald's letter 17 Feb42'.