Special Christmas Card for the Reich 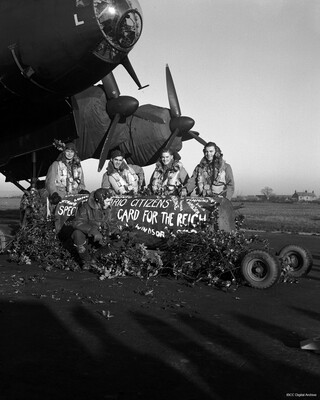 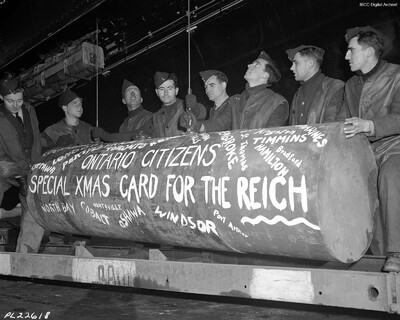 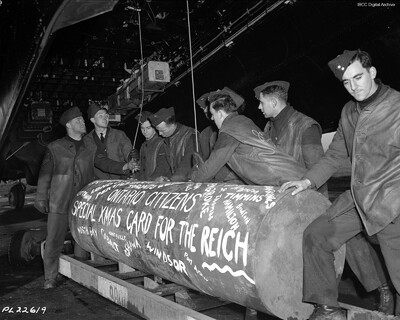 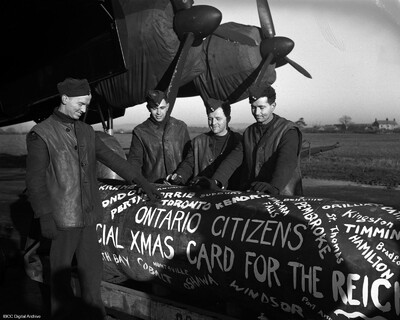 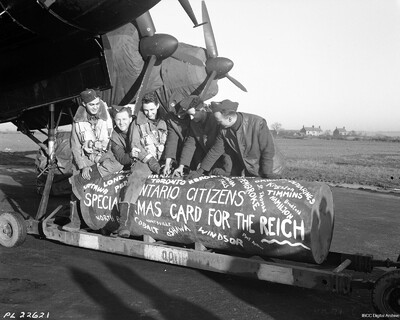 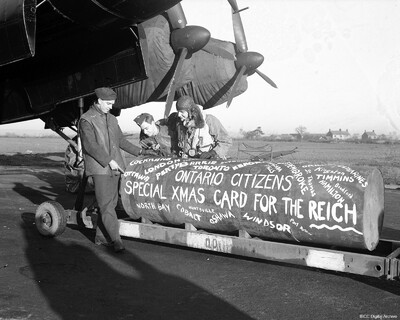 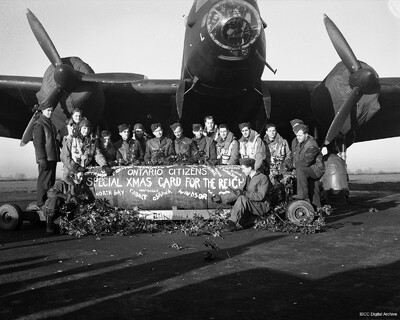 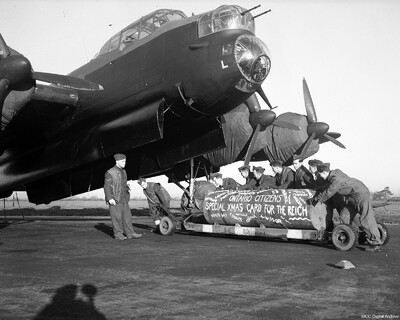 Special Christmas Card for the Reich

Eight photographs of a decorated bomb about to be loaded on to a Lancaster. Mk 2
Painted on it is 'Ontario Citizens Special Xmas Card for the Reich' and has the names of where the crews originate - 'Ottawa, London, Perkins, Toronto, Timmins, Hamilton, Bradford, North Bay, Cobalt, Huntsville, Oshawa, Windsor, Port Arthur, Niagara Falls, Pembroke, St. Thomas, Kingston,Kenora, Sudbury, Cockrane, London, Perth, Barrie, St Catharines, Cornwall, Orillia'.
Photo 1 is five airmen in flying kit positioned round the bomb.
Photo 2 is the bomb being winched off the trolley into the bomb bay watched by eight ground crew. It is annotated 'PL22618'.
Photo 3 is the winch wires being attached to the bomb assisted by eight ground personnel. It is annotated 'PL22619'.
Photo 4 is four ground crew standing beside the bomb with the port engines of the Lancaster visible.
Photo 5 is six ground crew behind the bomb pointing to their home towns.
Photo 6 is three airmen beside the bomb pointing to 'Ottawa'.
Photo 7 is 16 airmen and ground crew arranged around the bomb at the front of Lancaster 'L'.
Photo 8 is the bomb being pushed by nine ground crew under the bomb bay of the Lancaster, 'L'.