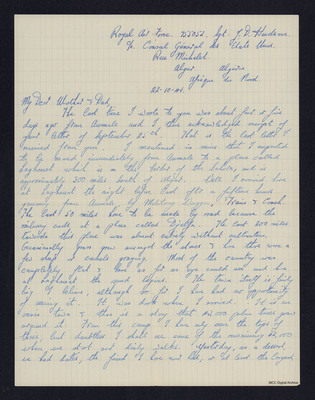 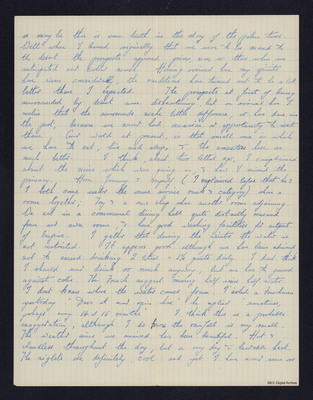 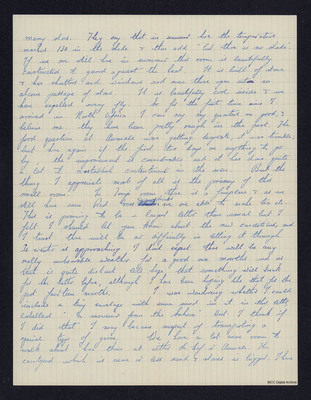 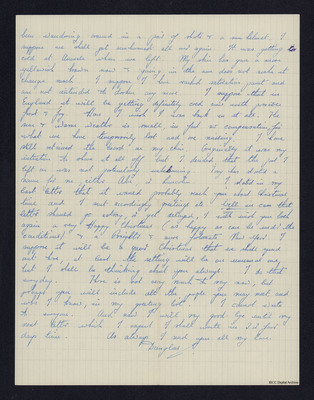 Catches up with mail sent and received. Writes of journey to new camp at Laghouat, Algeria, 300 miles south of Algiers after a 15 hour journey by rail and road. Describes locale and that it is on edge of desert. Oasis town surrounded by 43,000 palm trees. Writes that conditions were a lot better than expected even though surrounded by desert. Having previously complained of lack of privacy he mentions he now shares a two man room. Facilities are good with unrestricted water in winter and he goes on to talk of amounts of water required to drink. Comments on weather since arrival. Mentions temperature can reach 130 in the shade but describes buildings which are designed to resist heat. Goes on to mention that so far food situation was much better that at previous camp.. Speculates over weather in England and send early Christmas greeting as the letter might not arrive until near then.