65 items. Collection concerns Pilot Officer James Douglas Hudson, Distinguished Flying Cross (755052) who joined the Royal Air Force Volunteer Reserve in June 1939 an trained as an observer. While on route to Malta in August 1940 his Blenheim crashed in Tunisia and he was subsequently interned for two and a half years by Vichy French in Tunisia and Algeria. After being freed he returned to Great Britain and after navigator retraining completed a tour of 30 operations on 100 Squadron. The collection contains letters to his parents and from French penfriends while interned at Laghouat internment camp in Algeria, newspaper cuttings of various events, logbooks and lists of operations, official documents and photographs. A further 23 items are in two sub-collections with details of navigator examinations and postcards of Laghouat Algeria.

The collection has been loaned to the IBCC Digital Archive for digitisation by Elizabeth Smith and Yvonne Puncher and catalogued by Nigel Huckins.

On the right a mosque with minaret. In the centre town buildings on the left trees. In the background mountains. On the reverse addressed to Mr and Mrs H E Hudson and stating that this was the view from the top of a minaret.

In the foreground two people, one carrying a bucket the other a sack. They are surrounded by tall palm trees. To the right a wall and in the background buildings. On the reverse addressed to Mr and Mrs H E Hudson and explaining an event related to…

Walled town in a valley, In the background a forest and other buildings. On the reverse addressed to Mr and Mrs H E Hudson and writes that he is fit and well and he has written another letter with more news.

A wall runs from bottom left to top right with buildings and palm trees to the left and above. To the right centre a fortification. On the reverse addressed to Mr and Mrs H E Hudson writing that he is delighted to have received cross parcel and about… 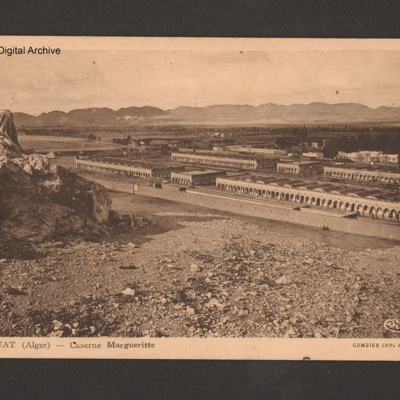 View from a hill of a military camp surrounded by a wall. Camp contains many single story buildings with arched promenades. In the background mountains. On the reverse 'Our prison camp occupied part of this caserne and was "barbed wired off"…

Cover for postcard booklet with drawing of man and a camel standing in front of palm trees. 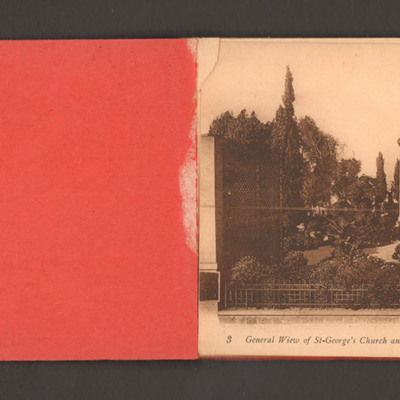 A church in ornamental garden with trees and shrubs. In the foreground an entrance way with steps with low wall and railings either side. To the right side a high wall. 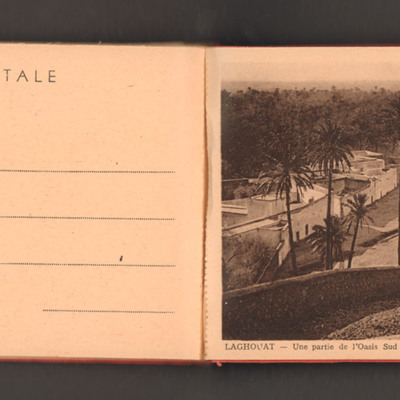 A wall runs from bottom left to top right with buildings and palm trees to the left and above. To the right centre a fortification. 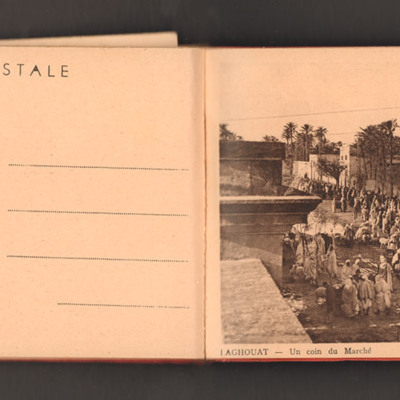 In the foreground a square with many people in Arab dress. At the tear of the square a road leads into the distance with buildings on the right. There are several palm trees throughout the area. 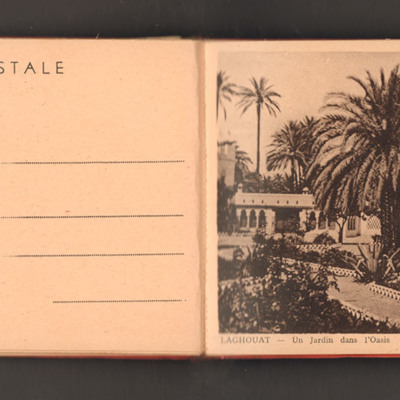 A single story building set in a garden with shrubs and palm trees. 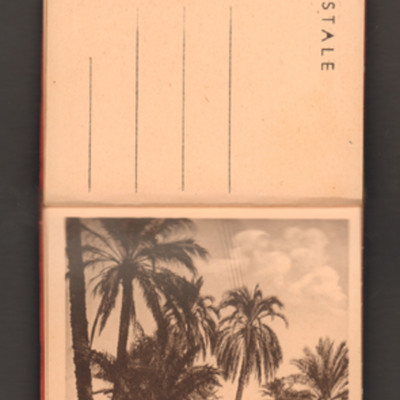 An alleyway with wall on the left and single story building on the right. Palm trees behind wall and buildings. Several women are walking in the alley. 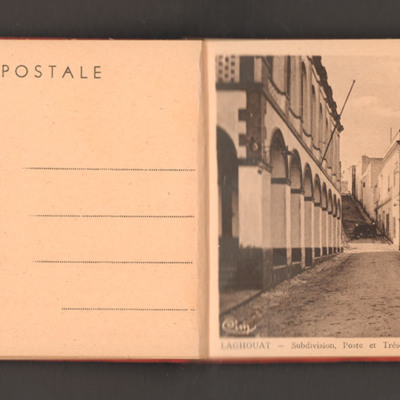 On the right part of a low walled square surrounded on left and behind by two story buildings. A road runs up hill to the left of building behind square, Buildings on the left have multiple archways and a flag pole extending from upper floor. 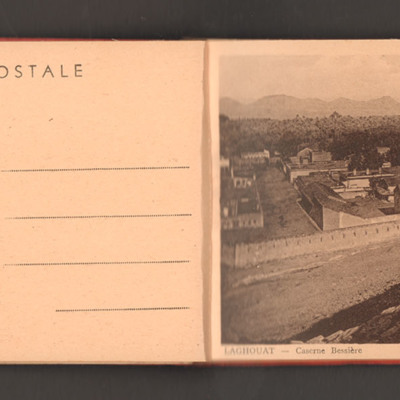 In the foreground a wall military camp. In the background a forest and mountains 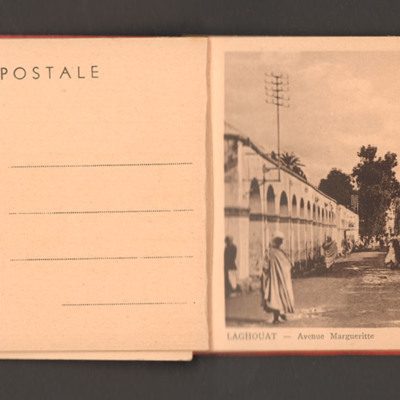 A road runs from bottom to top with buildings with multiple archways either side. At the end of the road trees. There are vehicles parked on the right side and many people walking in the street. 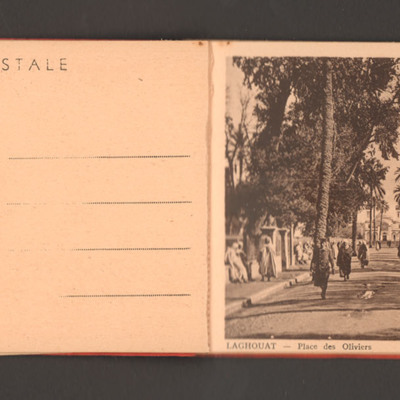 A road lined with palm trees runs from bottom to top. There are several people walking on the road and pavements. 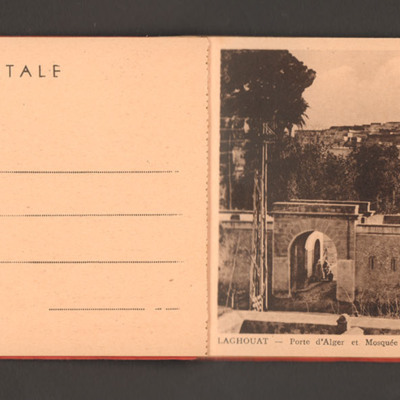 In the foreground a town wall and gate with buildings behind on rising ground. In the background at top of hill a white mosque

Walled town in a valley, In the background a forest and other buildings. 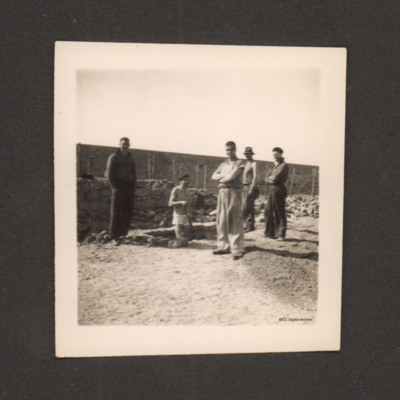 Five men dressed in various clothing, two wearing berets and one a hat. Four are standing round a hole while the fifth with a shovel is standing in the hole. Behind them a wall with wire fence on top. 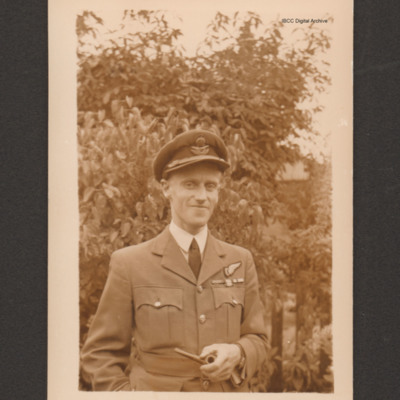 Half length portrait of Douglas Hudson wearing tunic with pilot officer rank, observers brevet and medal ribbon including the Distinguished Flying Cross. He is wearing peaked cap and holding a pipe. 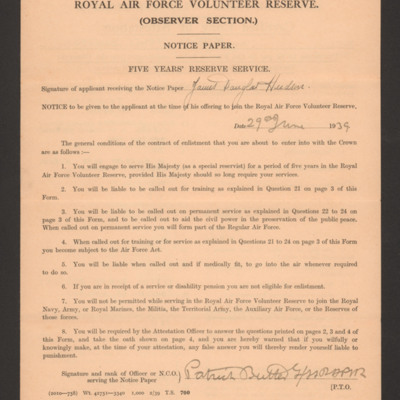 Notice paper for five years reserve service for James Douglas Hudson dated 29 June 1939. Gives conditions and contains certified copy of attestation with personal; details. Concludes with signatures, oath and certificate of a justice of the peace or…

RAF bomber crews who carried out raids on Bremen, one in daylight and from height of 50 feet are listed for gallantry awards. Goes on with lists and describes actions of Pilot Officer Waples 21 Squadron, Pilot Office Alister Stewart Ramsay, 105… 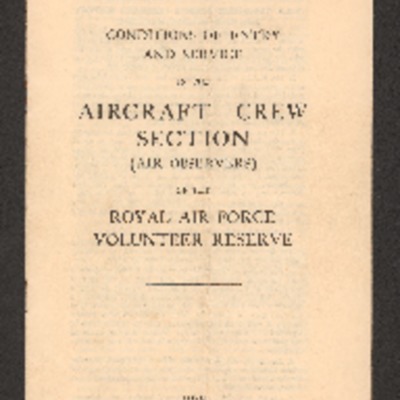 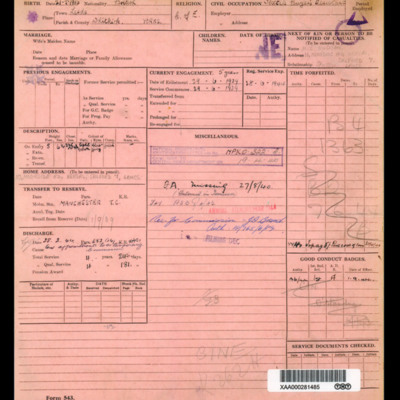 Contains personal information and postings/locations from joining to discharge on 28 February 1947. Notes that he was reported missing on 27 August 1940, was subsequently interned in Tunisia. Notes he was recommended for commission. 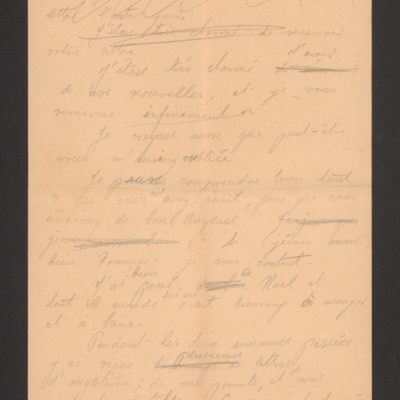 Douglas thanks Toussainte for the news, and compliments her English. Mention of how Christmas and New Year were spent, and of receiving letters from England. He wishes to continue the correspondence.

Additional information about this item was…

Letter from Douglas Hudson to Marcelle 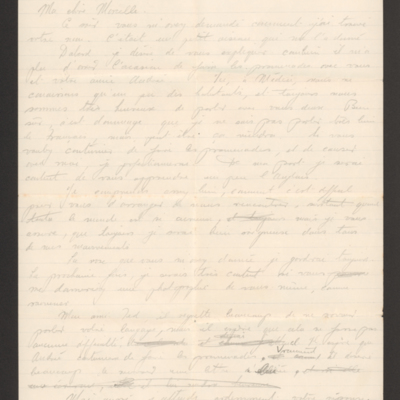 Letter to Morcelle wishing to meet again for walks, to teach each other French and English, and to have a photograph taken together.

Additional information about this item was kindly provided by the donor.
View all 86 items