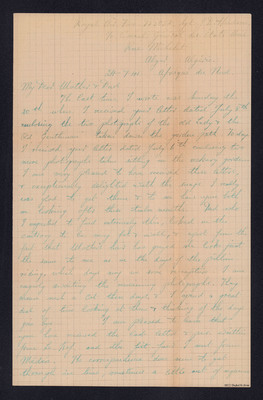 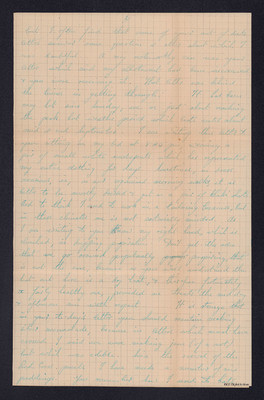 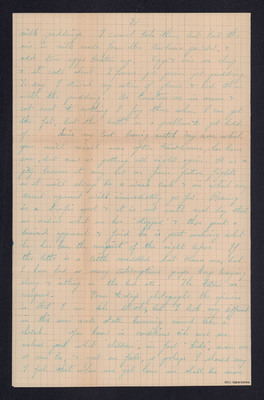 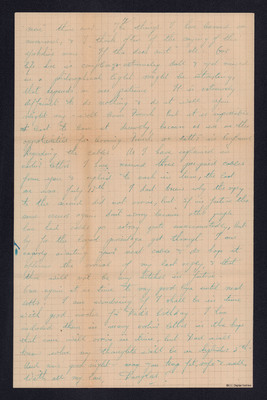 Writes of latest letter received with more photographs of parents on which he comments. Mentions how much they mean and looks forward to more. Pleased that they have now received most of his letters sent from previous camp. Discusses problems of out of sequence letters and problems of delayed responses to issues raised. Mentions what he wears at various times and a little of his activities as well as the weather. Continues with tales of cooking and mentions his nose was improving since his latest boxing match. Mention that this letter was muddled due to interruptions and concluded with more gossip, philosophical thoughts and best wishes.