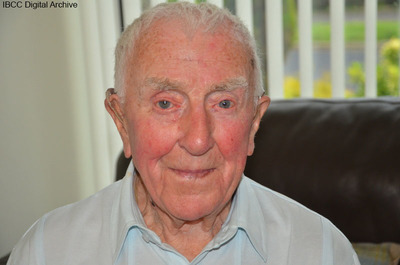 Jimmy Graham was employed in a Reserved Occupation but volunteered with the RAF as potential aircrew. He began his training in Northern Ireland and was eventually qualified as an air gunner. He was posted to RAF Elsham Wolds. He took part in the operation to Mailly le Camp which he considered to be the worst raid of the war. After the war he met a former German night fighter and became good friends. After his tour of operations, he was posted to flying control.