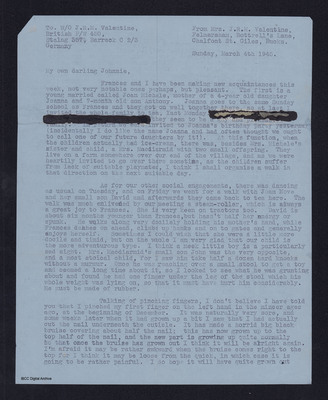 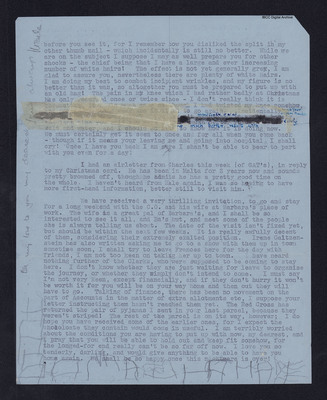 Writes of making acquaintances in local area and of social activities. Mentions visitors, how adventurous their daughter is and of her latest activities. Writes that she now has some white hairs and disparages her getting older. Catches up with news of other acquaintances, Mentions there has been no movement on allowances and that red cross returned a pair of pyjamas she sent as they were not striped. Hopes the chocolate she sent arrived but worries about the conditions in his camp.