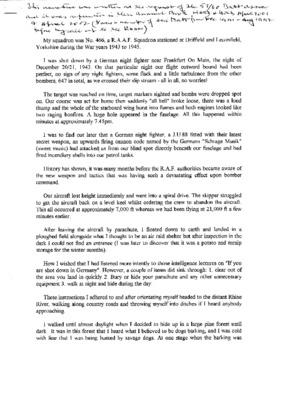 Memoirs of Jim Cahir who served with 466 Squadron RAAF. He writes about being shot down near Frankfurt on Main on the night of 20/21 December 1943 and subsequently being captured and imprisoned in Stalag IVB in Muhleberg. He stayed there until the end of the war when he was repatriated to England.