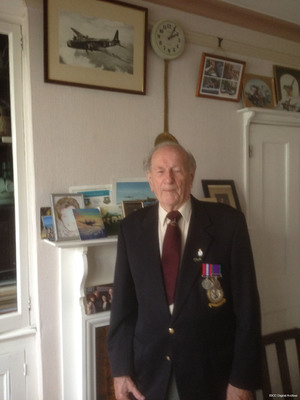 Maurice Marriot was working for the railway before he joined the RAF. He trained as a navigator and joined an Australian crew. When the war ended he was posted a role of glider towing at RAF Leicester East. He was then posted to 194 Squadron in the Far East.