An oral history interview with Sergeant Maurice Marriott (b. 1924, 1627148 Royal Air Force). He flew as a navigator with 194, 96 and 110 Squadrons.
The collection has been loaned to the IBCC Digital Archive for digitisation by Maurice Marriott and catalogued by Barry Hunter.

Maurice and his brother 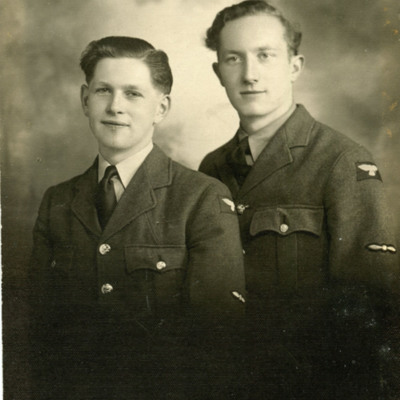 A half length portrait of Maurice and his brother. 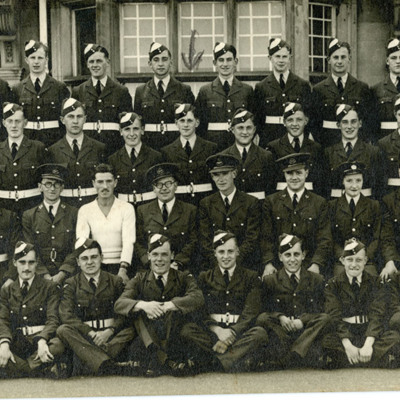 A group of 52 airmen, includes four officers, one gym instructor and an airwoman. They are arranged in four rows outside a large building. 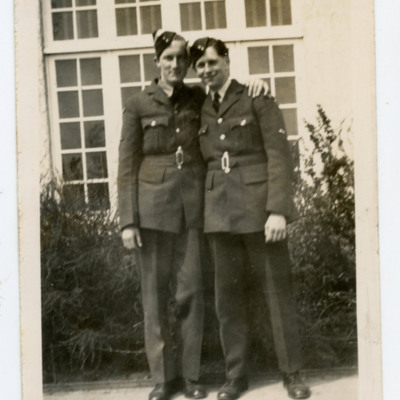 Maurice and his brother, both trainee airmen.

A group of four airmen wearing a mixture of blue and tropical battledress standing by the starboard wheel of an aircraft. 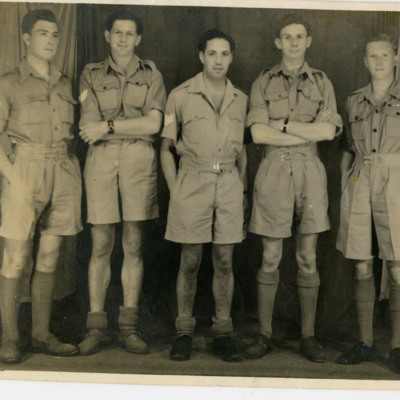 Five airmen in khaki and shorts standing in a row.

Maurice Marriott and his parents 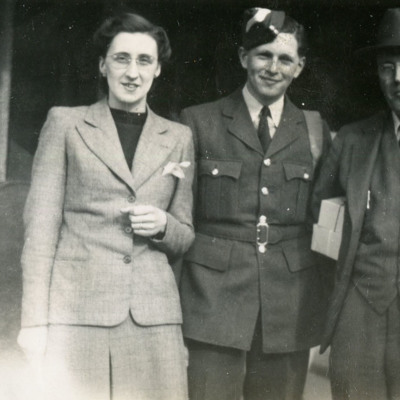 Maurice is wearing a trainee's cap flash. He is flanked by his mother and father. 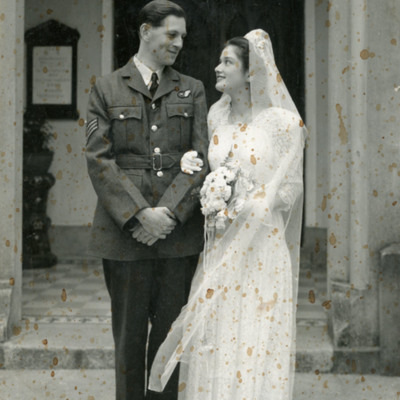 Sergeant Maurice Marriott and his bride, standing outside the church.

Maurice Marriott's flying log book for aircrew other than pilot 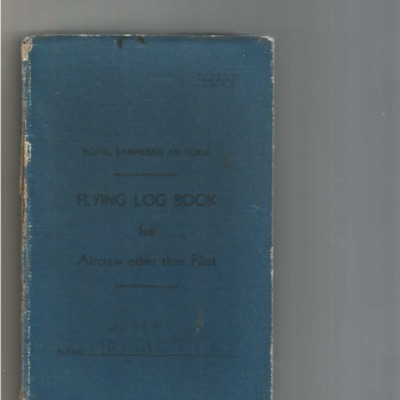 Flying log book for aircrew other than pilot for M W Marriott, navigator, covering the period from 6 May 1944 to 12 June 1947. Detailing his flying training and post war flying duties with 194, 96 and 110 squadrons. He was stationed at RCAF Rivers,… 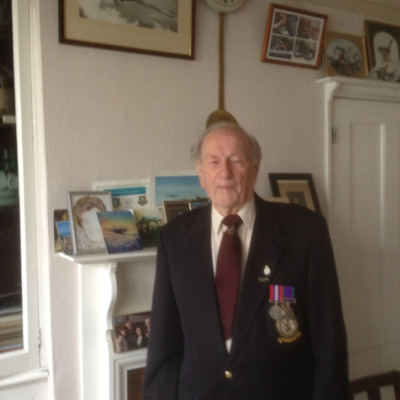 Maurice Marriot was working for the railway before he joined the RAF. He trained as a navigator and joined an Australian crew. When the war ended he was posted a role of glider towing at RAF Leicester East. He was then posted to 194 Squadron in the…
View all 9 items