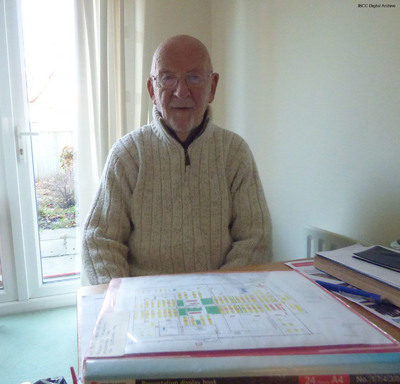 Peter Liddle was living in Falkirk when he and his twin brother both volunteered for the RAF. Peter became a bomb aimer and was posted to 460 Squadron at RAF Binbrook. He was shot down and as he was descending by parachute he could see his burning aircraft and at least three other parachutes coned by searchlights. Peter became a prisoner of war at Stalag 4B.