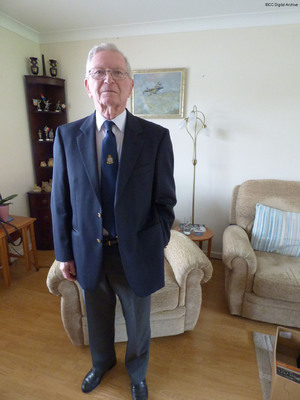 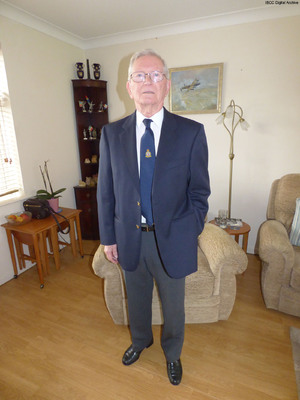 Mervyn Jones is a miners son from Wales. His father wanted a different life to that of a miner for his son and the family moved away to Slough where was plenty of work. Mervyn had always had trouble with his ears and so his father assumed he wouldn’t pass his medical although he signed all the forms giving his permission for Mervyn to enlist. In fact Mervyn lied about his age to enlist and was indeed successful in his application. A WAAF gave him a little green leatherette dog to take on ops. On this particular op the mid-upper gunner passed out through lack of oxygen, the predicted winds were wrong and so they had to rearrange their flight plan and on return they lost hydraulic power. It was the last time the dog went on ops. The crew were advised about not getting too involved with other crews and the reason for this became obvious when one crew they were all friendly with were killed in action.