26 items. The collection concerns Frederick Edwards (b. 1923) and contains his log book, maps, navigation charts, service documents, and photographs. He flew operations as a navigator with 101 Squadron. There is also an oral history interview with his son, Martin Edwards.

The collection has been loaned to the IBCC Digital Archive for digitisation by Martin Edwards and catalogued by Barry Hunter. 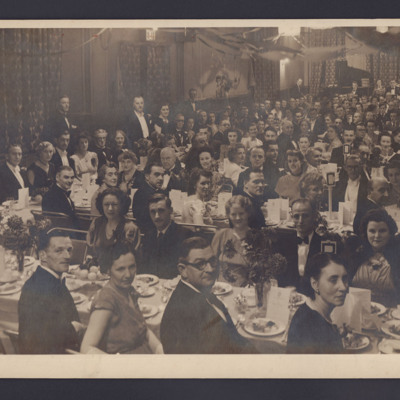 A large group of men and women seated at tables, in formal clothes in a large decorated room. Information supplied with the collection identifies this as 'Diamond Jubilee'.

On the reverse are photographer's stamps -
'EA Fordham &… 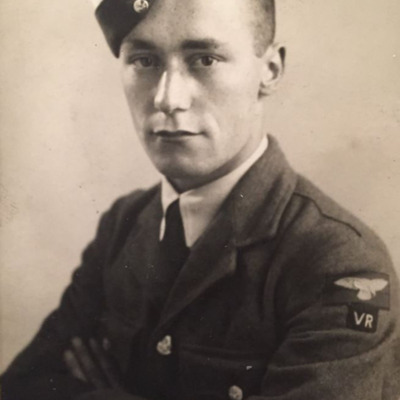 A half-length portrait of Fred Edwards in uniform wearing a cap with a trainee flash. 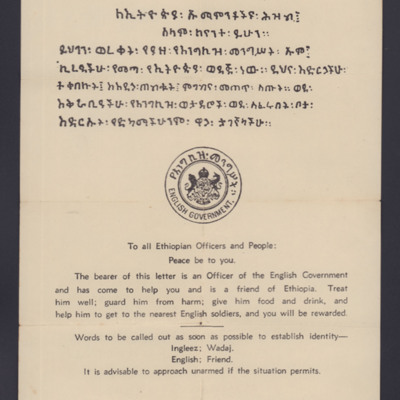 A letter to the officers and people of Ethiopia issued by the 'English Government'. Written in an Ethiopian language and script and also in English. A weather report issued by the Meteorological Office (undated).

Letter to Mrs M Shears from the Central Land Board 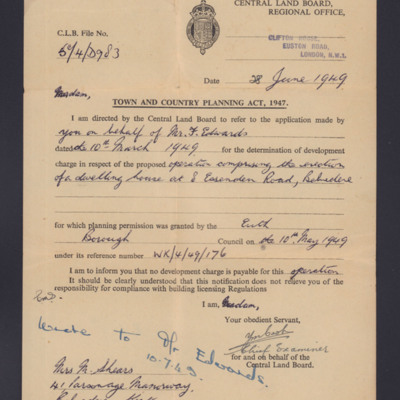 The letter grants planning permission to Fred Edwards for the erection of a dwelling house at Belvedere. 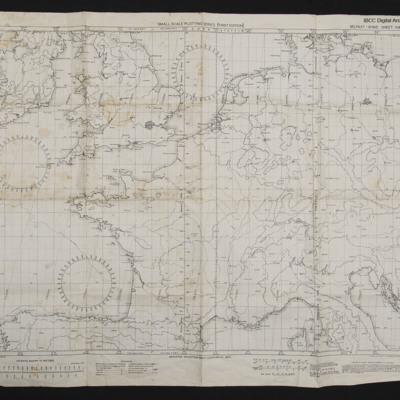 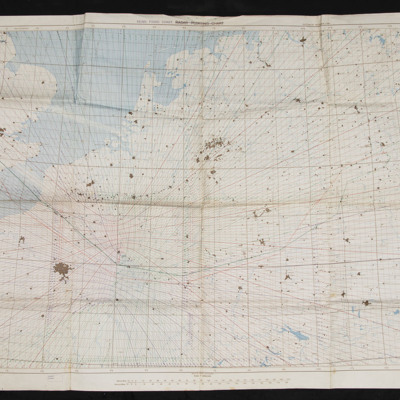 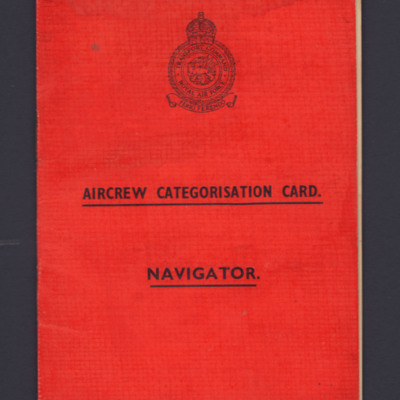 A card issued to Fred Edwards, including details of categorisation as a navigator. 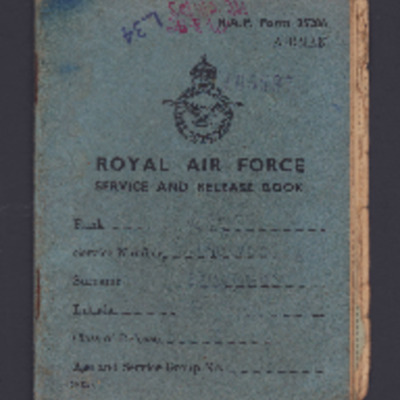 Issued to Fred Edwards at the end of his service in the RAF. 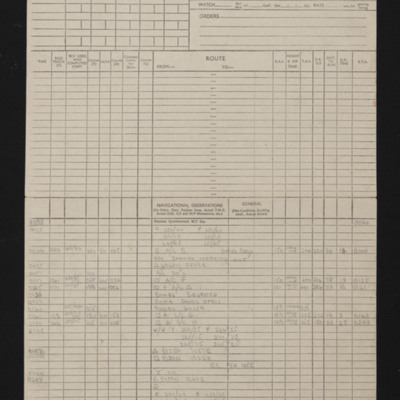 A navigation log produced by Fred Edwards for an operation to Nuremberg. 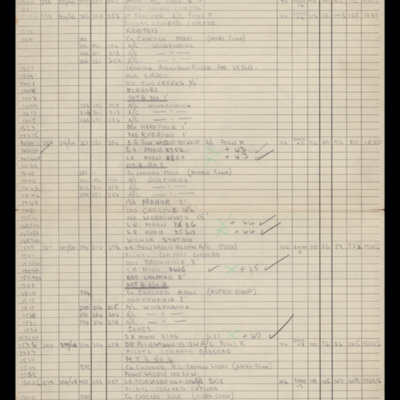 A navigational log produced by Fred Edwards. His orders were to pinpoint his position, sextant shots and 'MTBS'. 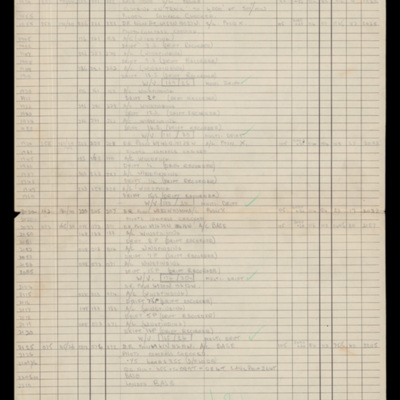 A navigational log produced by Fred Edwards. His orders were to navigate by multi-course winds.

Use of UCO (plain) An instruction sheet for pilots to assist in reporting the weather. 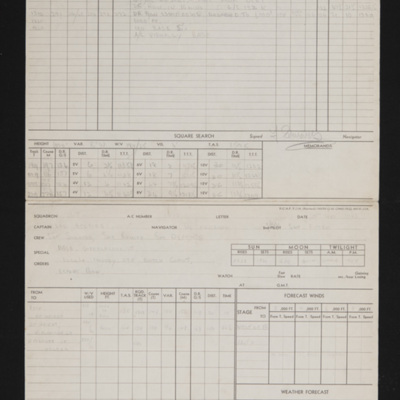 A navigational log produced by Fred Edwards. The flight's orders were to locate a convoy off the Dutch coast and report its position. On the reverse are his navigational observations. Completed for a flight between Calato and Almaza in Egypt. Forms produced by the British and Canadian Meteorological Offices for reporting inflight weather. 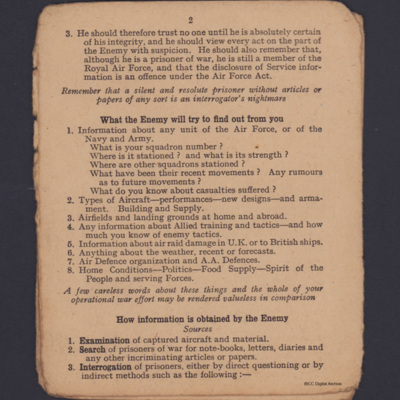 Four pages from a booklet with instructions on how to behave if captured. Page 1 is missing. 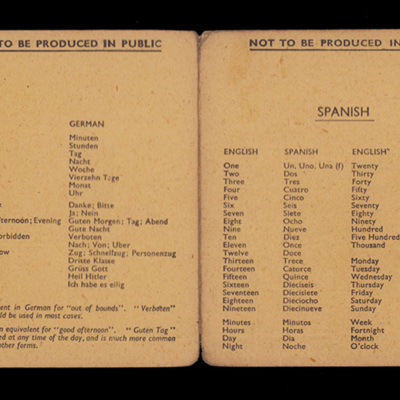 A booklet with lists of phrases in English, German, Spanish, French and Dutch. On top of each page is a warning 'NOT TO BE PRODUCED IN PUBLIC'. 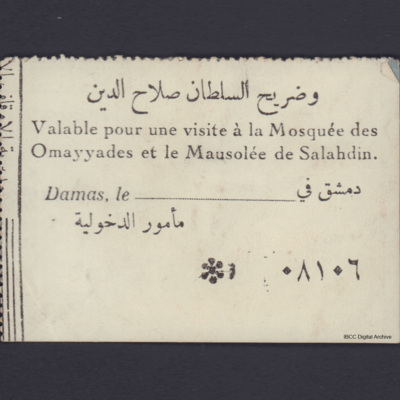 Entry ticket on a reused sheet of paper. On one side is the entry ticket and on the reverse an extract about roads and tracks. 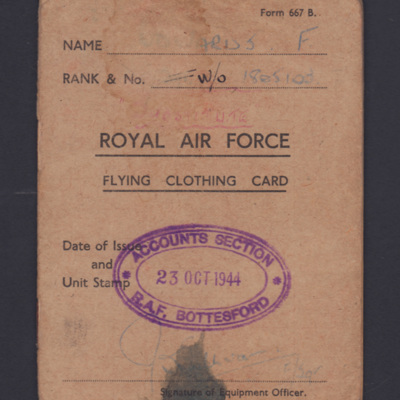 Flying clothing issued to Fred Edwards. The booklet records all items supplied to Fred and when they were returned. 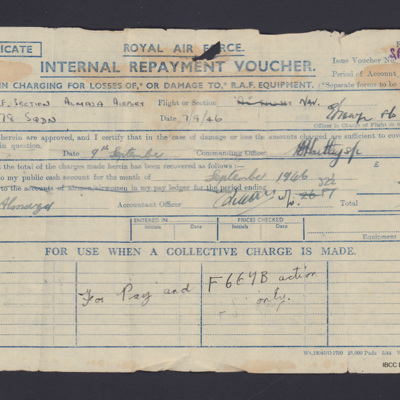 Issued at RAF Section Almaza Airportto to Fred Edwards to cover the replacement cost of a pair of gloves and an escape knife, total six shillings and seven pence (6/7d = £0.32).

Letter to Fred Edwards from the RAF The letter asks Fred to consider returning to the RAF.
View all 26 items