The collection has been donated to the IBCC Digital Archive by Peter Potter and catalogued by Nigel Huckins.

Peter Potter and his pilot 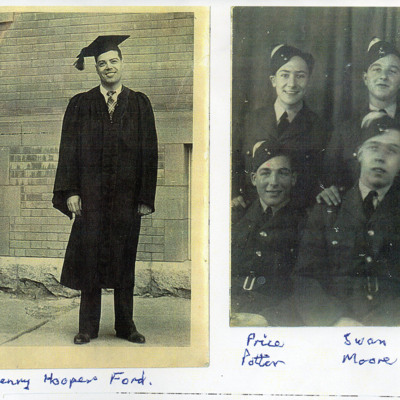 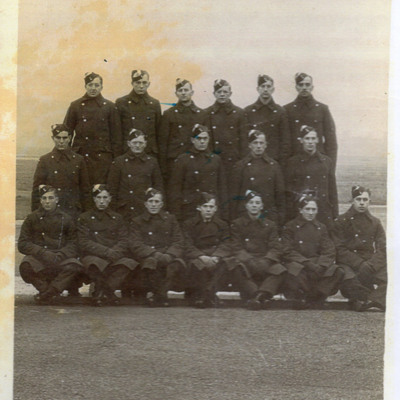 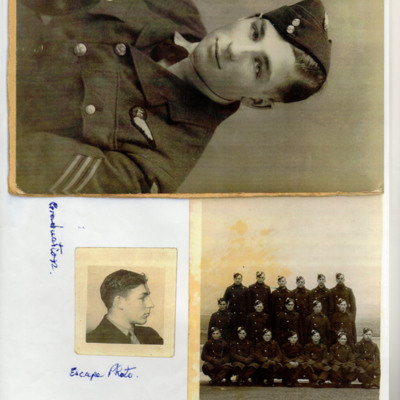 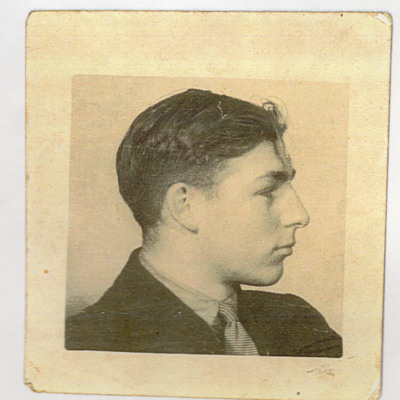 Head and shoulders portrait of P Potter for use on escape documents if captured, submitted with caption 'Peter Potter Escape Photo'.
Additional information about this item was kindly provided by the donor. 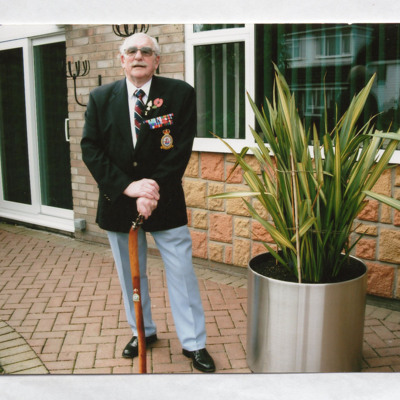 Full length image of a man wearing blazer with medals and squadron badge and tie standing on a patio outside a house.
Additional information about this item was kindly provided by the donor. 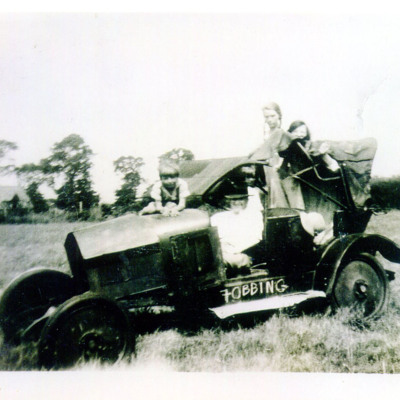 Family in an old car in a field, car has “Fobbing” written on the side, submitted with caption; 'Mum with pigtails, self on bonnet, Chris Olive & Jean'.
Additional information about this item was kindly provided by the donor. 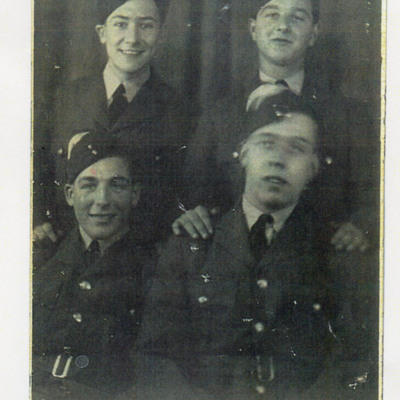 Two photographs and a note 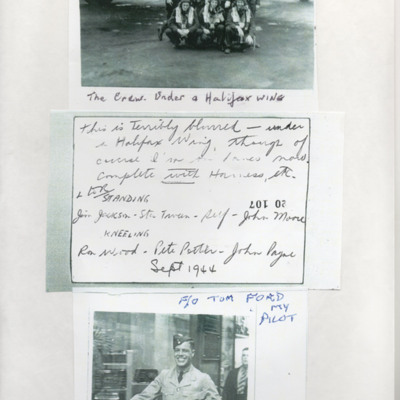 Top - seven aircrew wearing flying helmets and Mae West, three squatting in front, four standing behind under the wing of a bomber aircraft. Captioned 'The crew under a Halifax wing'.
Middle a note giving names of crew 'L to R standing, Jim Jackson,… 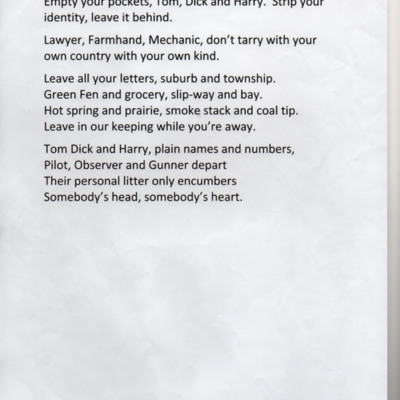 Untitled poem on joining up to fight. Men leave behind their identities to become aircrew. Submitted with caption; 'RAF Poem'. 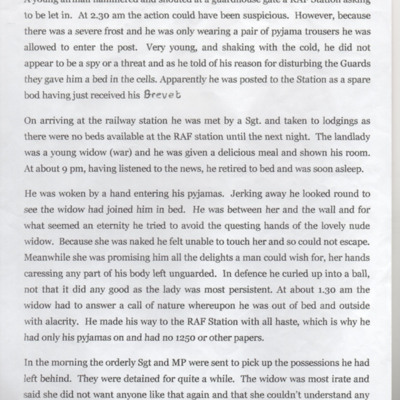 Humorous story of a young airman billeted with a war widow. 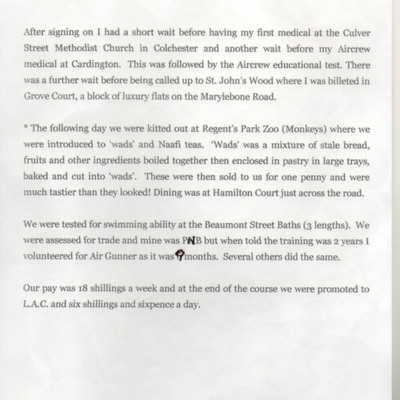 Account of Peter Potter's experiences following signing up to join the RAF. 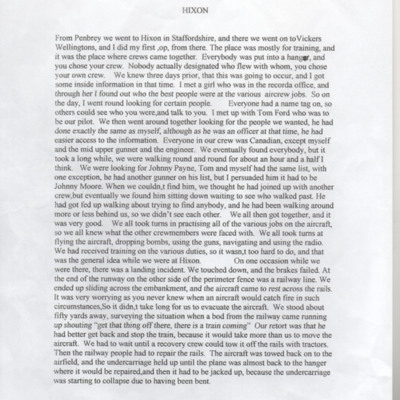 Posted for training on Wellingtons. Describes crewing up process and other events while training including a brake failure on landing and ending up on railway line outside the airfield boundary.

Conversion to 4 engines and posting 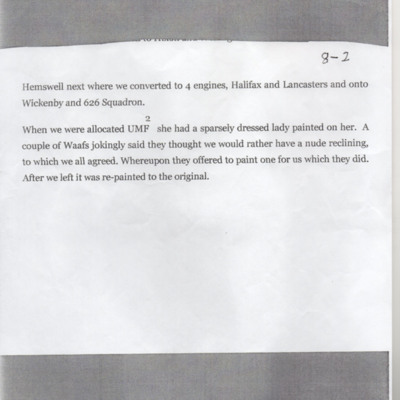 Conversion to 4 engines Halifax and Lancaster at RAF Hemswell and then to RAF Wickenby on 626 Squadron. Mentions allocation of aircraft and nose art. 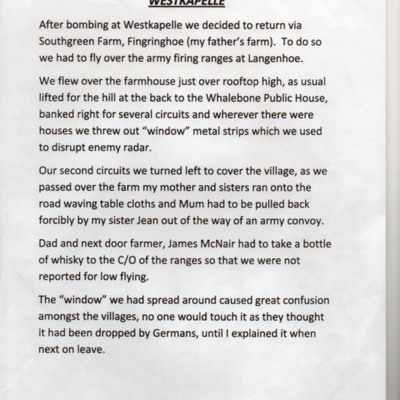 Account of return from an operation to Westkapelle when they flew over authors father's farm and local village where they threw out window. 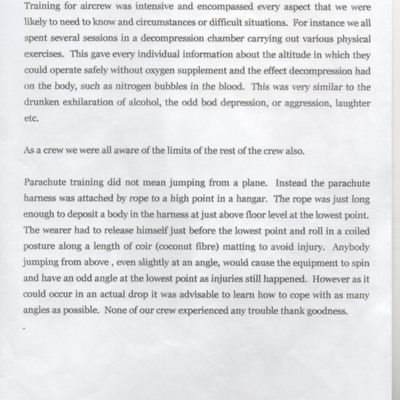 Covers some aspect of aircrew training including decompression chamber and parachute training. Account of crew actions during take off and one particular time when aircraft ahead slewed when tire burst half way down the runway. Luckily they were able to get airborne and avoid the other aircraft. 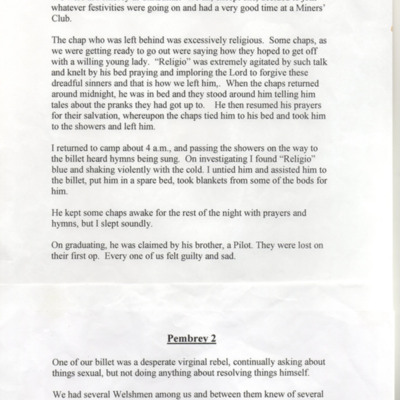 Tells story of a one comrade who did not take part in Christmas festivities due to his being excessively religious and resulting events. Second risqué story about innocent comrade. 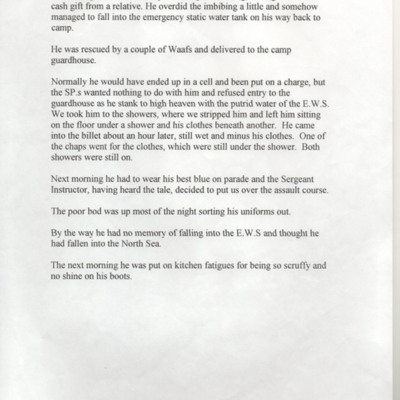 Tells story of comrade who got drunk on pub crawl and fell into an emergency static water tank on his way back to camp and resulting events. 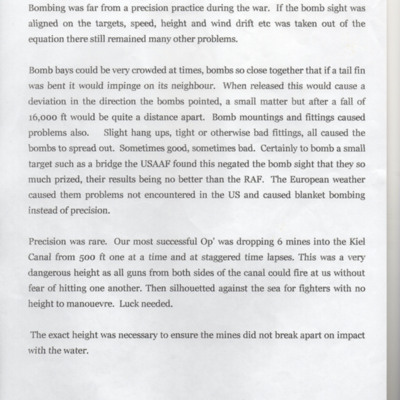 Highlights some of the issues causing lack of precision with bombing. Also mentions problems of weather meant USAAF results despite their bomb site was rarely better that the RAF. Mentions their most successful operation was dropping mines in the… 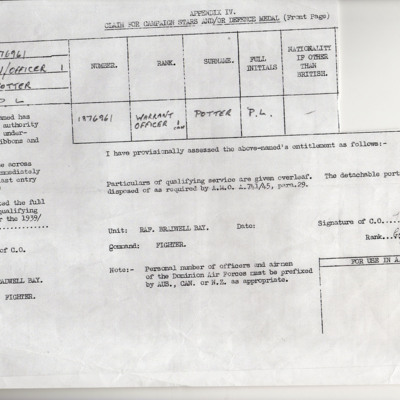 Part made out for Warrant Officer P L Potter qualified for 1939/45 star. 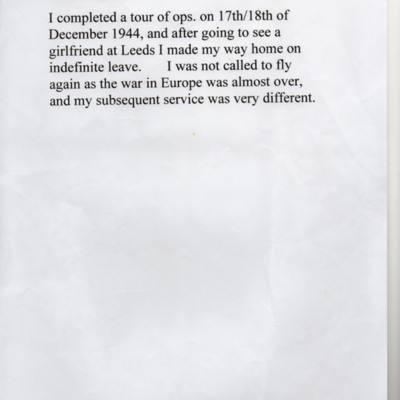 Noted that tour was completed on 17/18 December 1944 and was not called upon to fly again as the war in Europe was nearly over. 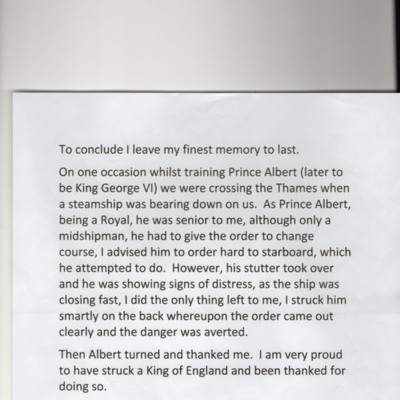 Story of Price Albert and his stutter causing him to be unable to issue command and author having to strike him on the back to force out the necessary order.

Main Ops - with crew only Starts with account of operation to Paris on 3 May 1944 when attacked by Me 109 and writes of crew actions. Continues with list of operations giving details of target, anti-aircraft fire, flight time, some bomb loads, events, results. From 3 August… 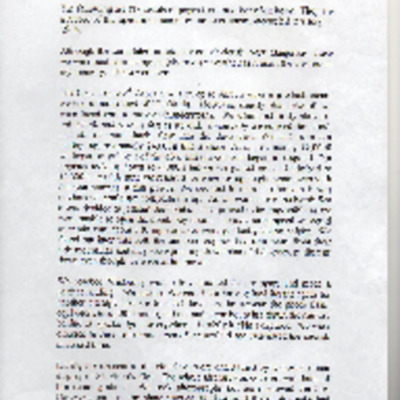 Flying log book excerpts from P L Potter’s log book, covering the period from 3 May 1944 to 17 December 1944. Detailing his flying training and operations flown. He was stationed at RAF Hixon and RAF Wickenby. Aircraft flown in were Wellington and… 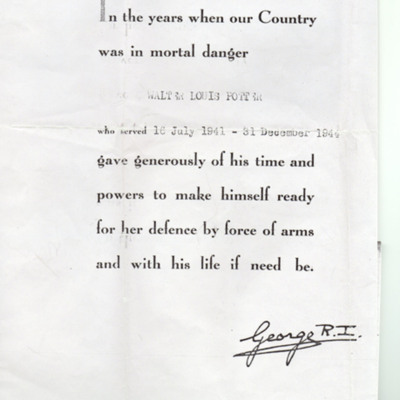 Letter from King George to WL Potter thanking him for work with GHQ Auxiliary Unit, submitted as; 'Secret Army Letter'.

Additional information about this item was kindly provided by the donor.
View all 39 items