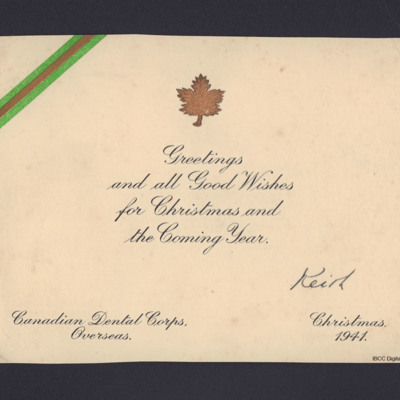 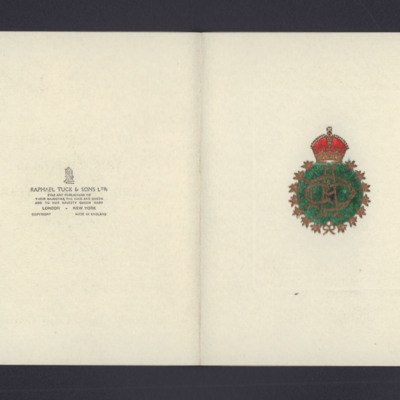 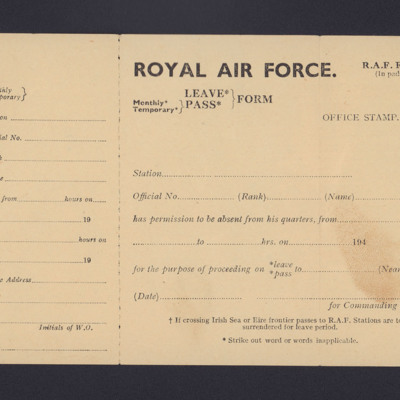 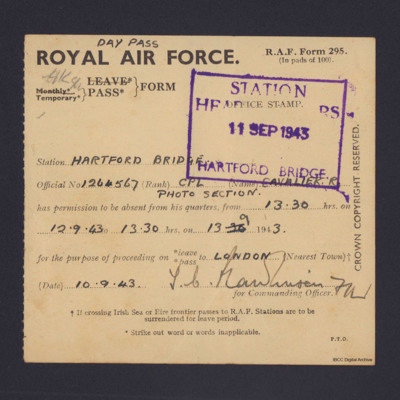 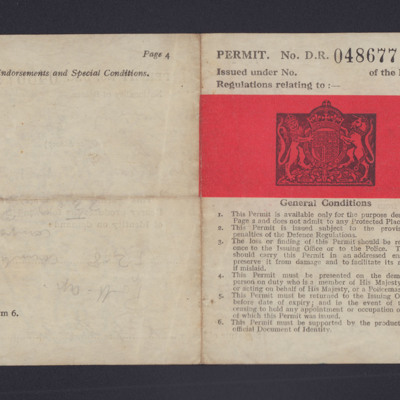 A permit allowing Reginald George Cavalier to take photographs at West Raynham and its satellites in his capacity of 'official station propaganda photographer'. 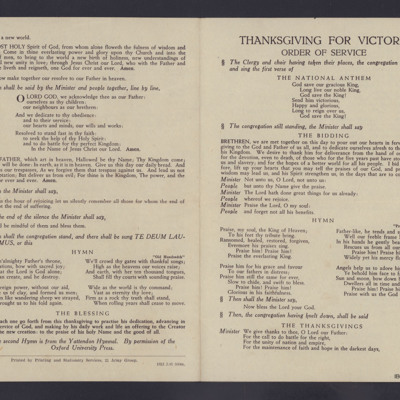 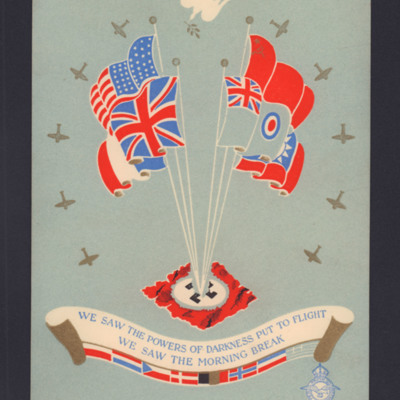 A card signed by Air Marshal Arthur Coningham, thanking the friends and relatives of the Second Tactical Air Force for sustaining them in their part in the victory in Europe. 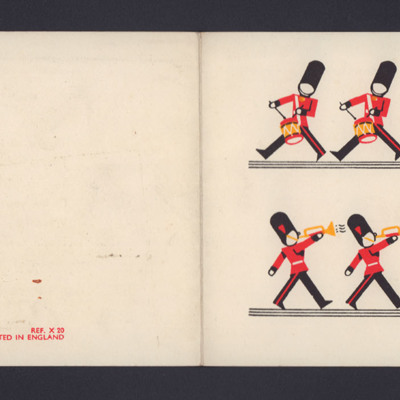 Christmas card to Reginald Cavalier from his parents signed 'From Mum & Dad with the best of luck.' 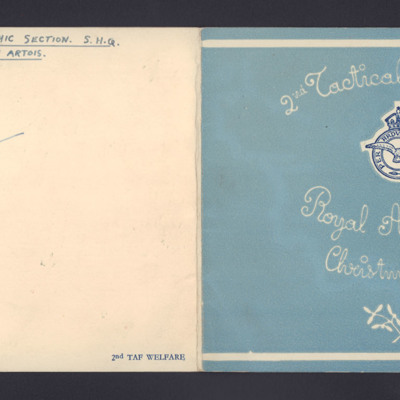 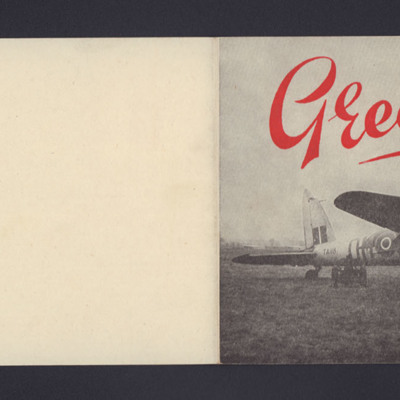 Christmas card with a photograph of Mosquito, TA118 on the front. Captioned '140 Wing RAF Gutersloh BAFO BAOR December 1945.' It is signed 'Phyll and Jim' and has a handwritten comment 'How do you like my [pal?] on nose of A/C?'. 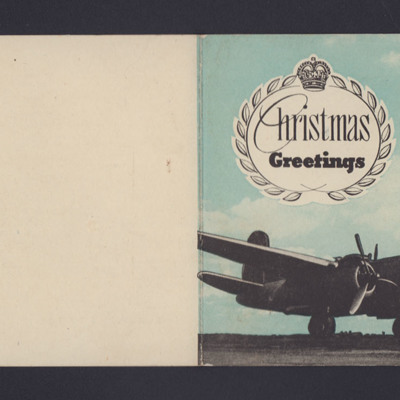 Christmas card from RAF Hartford Bridge with an image of a Boston on the front. 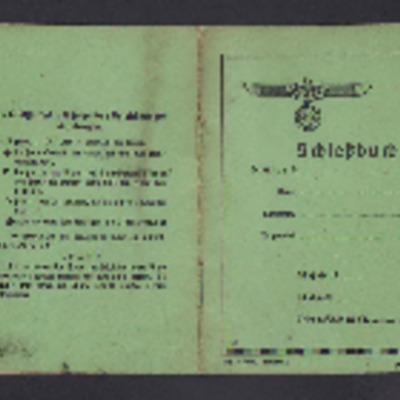 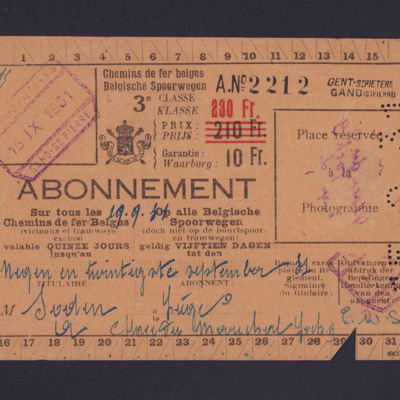 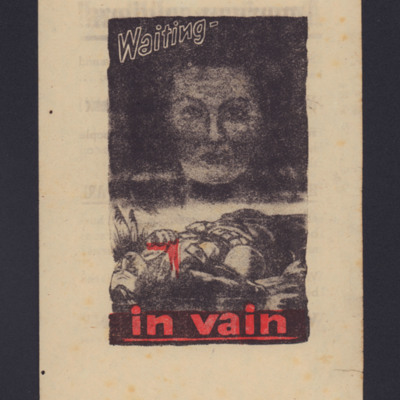 German propaganda leaflet directed at American soldiers. How many of their wives and sweethearts will be waiting in vain for them to return? 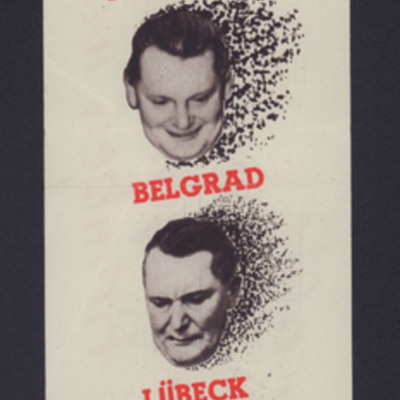 All aboard - Outward Bound 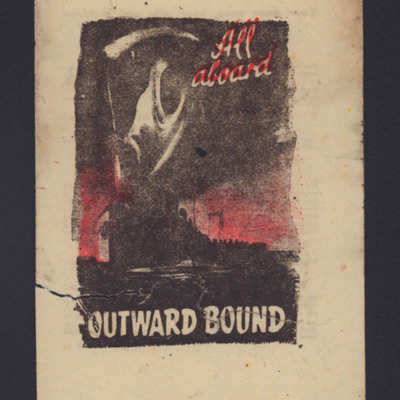 How many new graveyards wait for you behind the Atlantic Wall? 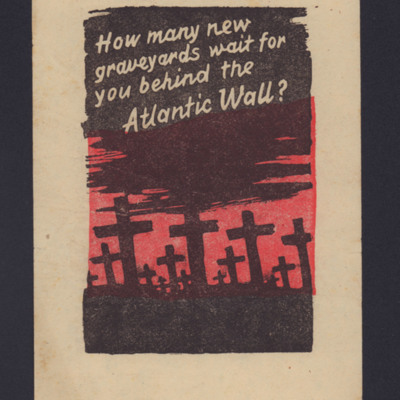 German propaganda leaflet directed at American forces in which a soldier questions in a letter home the reason why he is expected to die.

Wir Schlagen Zuruck! (We are hitting back!)

Propaganda leaflet aimed at the German-speaking population. The leaflet explains Churchill's intention of striking back with RAF bombing attacks on strategic targets in retaliation for Germany's indiscriminate attacks on 11 countries.

Propaganda leaflet by British fascist John Amery aimed at the British population and arguing that the sacrifices of the Allies have served only the interests of 'Stalin and the Jews'. 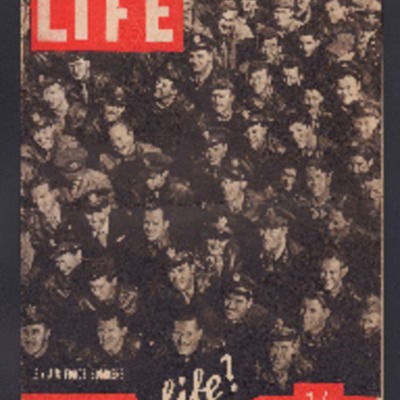 Message from America to the French people announcing they are allies once again; America is at war with Germany, Italy and Japan. As in 1917, this has allowed preparation time. France urged to stay strong and praised for its resistance.

Propaganda leaflet aimed at German-speaking population.
Side 1 places Hitler's claim in 1941 that Russia was already destroyed alongside his 1942 announcement that the German army in the east needed reinforcement. Below is a description by…

Propaganda leaflet aimed at the German-speaking population.
On one side, this leaflet repeats promises from Nazi leaders about Germany's clear air superiority. On the reverse are quotations from Allied leaders about the justice that Germans can…

Propaganda leaflet aimed at German-speaking population.
This document mimics recruitment material seeking volunteers for the U-Boat service. It is in interactive form and shows a seaman dropping into a watery grave. It quotes the average life… 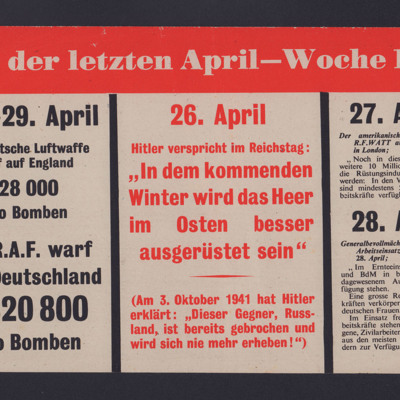 Description
In last week of April 1942, Luftwaffe and RAF bombing are compared as well as Hitler’s announcement now and from 1941. Contrasting statements from American (R F Watt) and German (Sauckel) on availability of workers.

Extract from…
View all 35 items