He flew operations as a flight engineer with 51 and 617 Squadrons.

The collection has been donated to the IBCC Digital Archive by Jeremy Wakefield and catalogued by Nigel Huckins. 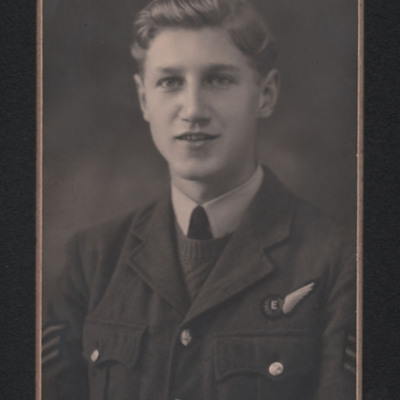 Large group of airmen in front of a Lancaster 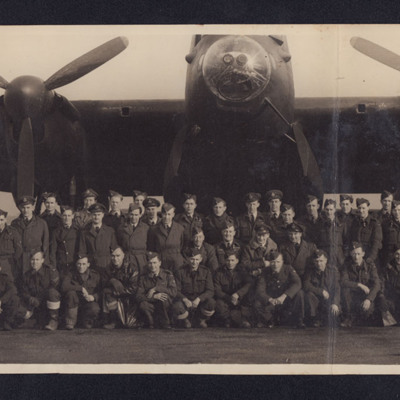 A large group of airmen wearing variety of uniform sitting and standing in three rows in front of a Lancaster. 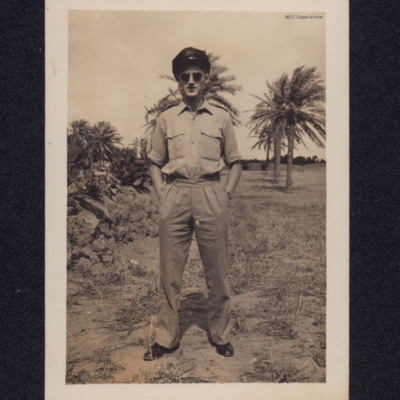 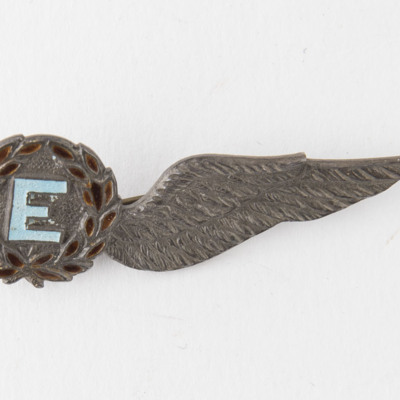 Metal half brevet with 'E' 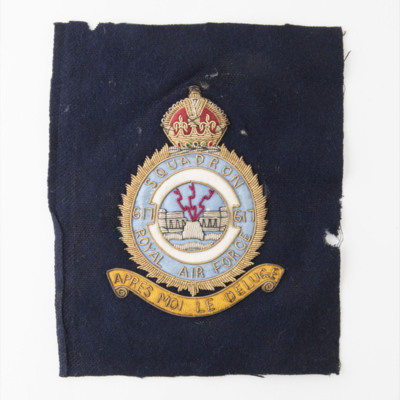 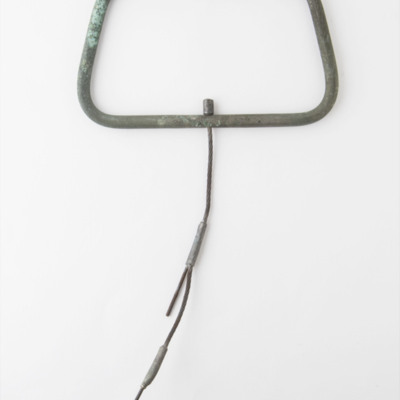 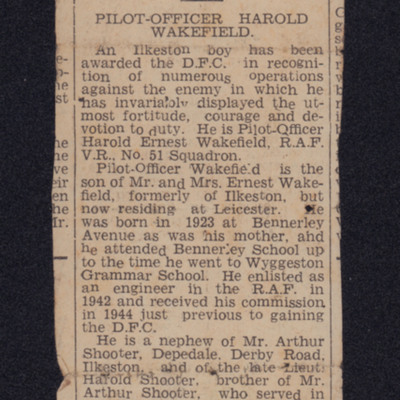 Account of Pilot Officer Harold Ernest Wakefield having been awarded the DFC in recognition of numerous operations against the enemy. Gives some personal local and family details. 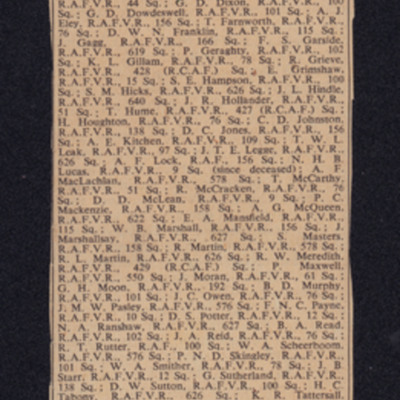 List of awards for DFC. H E Wakefield RAFVR 51 Squadron is listed towards the bottom.

Top left - photograph of a Tallboy bomb. Main photograph of a Lancaster dropping a Grand Slam bomb. Text explains photograph is of a 22,000 lb bomb leaving rack during attack on a viaduct at Arnsberg, Germany. 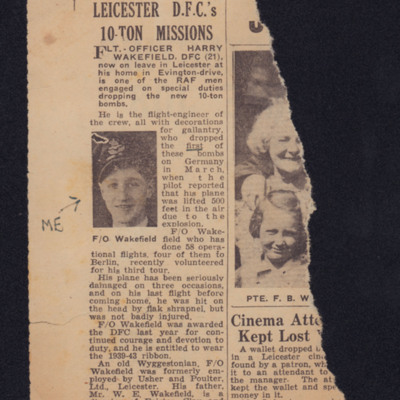 Notes that Harold Wakefield was engaged on special duties dropping the new 1--ton bomb. Notes he had done 58 operational flights and volunteered for his third tour. Stated he was previously awarded DFC and gives some personal details. Includes b/w… Report on the use of new 'Ten-Ton Tess' bomb. Notes effect of burst and release. 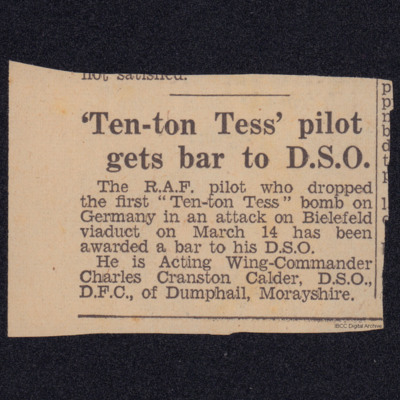 The pilot who dropped the first 'Ten-Ton Tess' bomb on Germany was awarded bar to DSO. 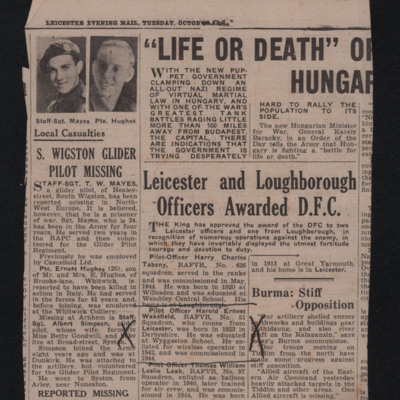 Newspaper cutting, RAF lost half of all bomber crews 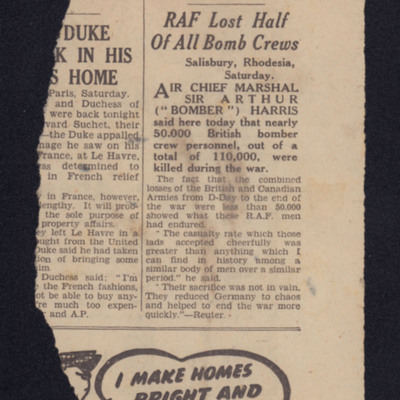 Quoting Sir Arthur Harris that nearly 50,000 British bomber crew personnel out of a total of 110,000 were killed during the war. 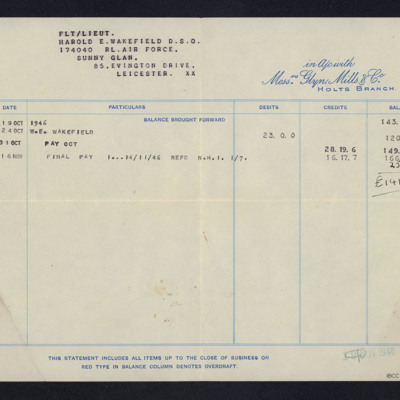 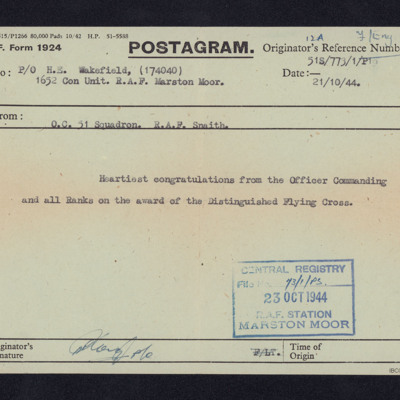 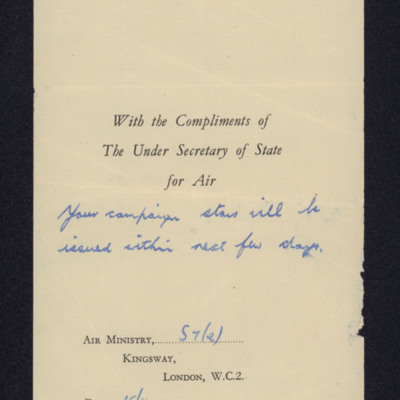 With compliments of the under secretary of state for air - stating that his campaign medals would be issued within the next few days. States that he would not be possible for him to be a fully qualified wireless operator/air gunner for a long rime and invites him to consider an alternative as a flight engineer. Outlines flight engineer training. 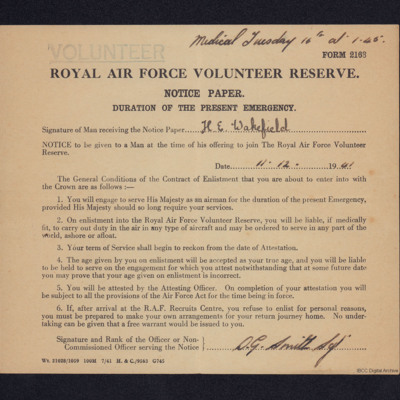 Notice for offering to join the RAFVR dated 11-12-1941. Lays out general conditions of contract of enlistment. 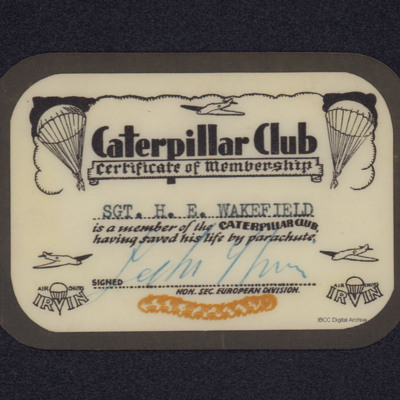 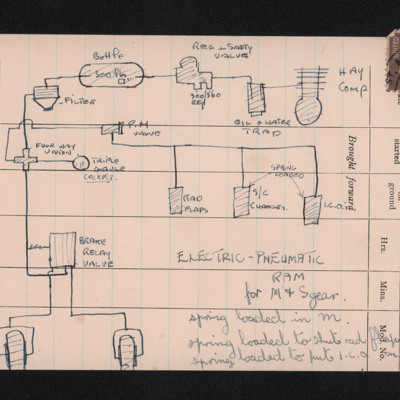 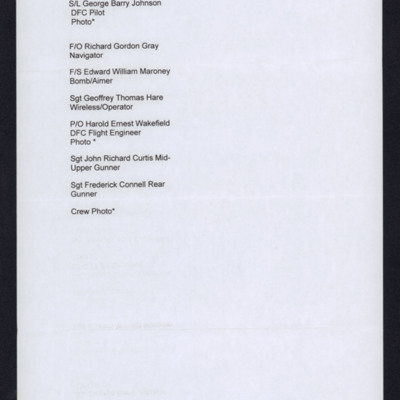 Names of crew including Harold Wakefield 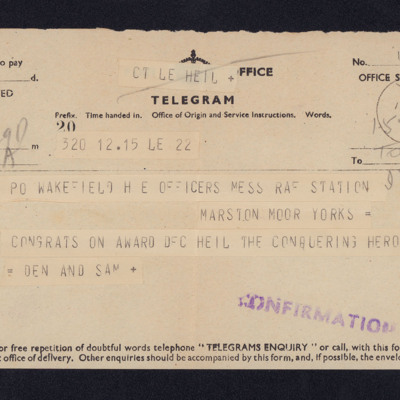 Congratulation on award of DFC from Den and Sam 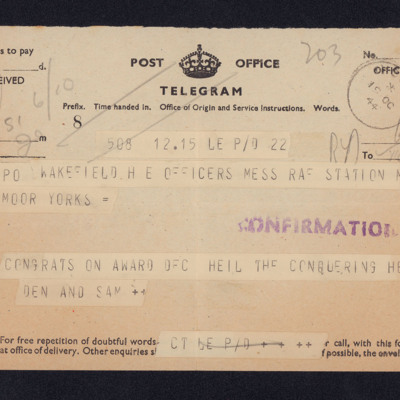