27 items. The collection concerns Sergeant Allan C Smith (1459147 Royal Air Force) and contains documents, correspondence and photographs. He flew operations as a navigator with 166 Squadron and became a prisoner of war.

The collection has been donated to the IBCC Digital Archive by C Smith and catalogued by Barry Hunter. 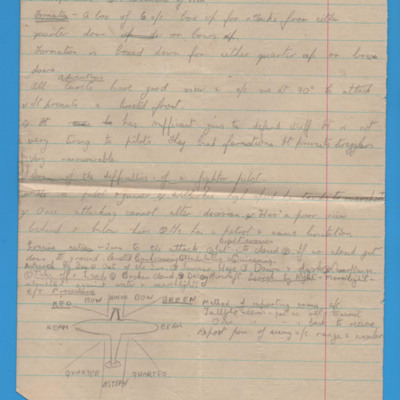 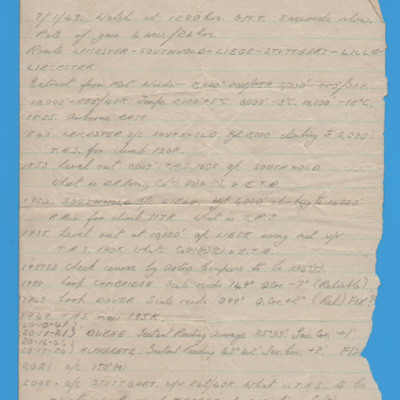 An abstract of a flight log to Stuttgart. It contains details of each leg including an attack by night fighters. 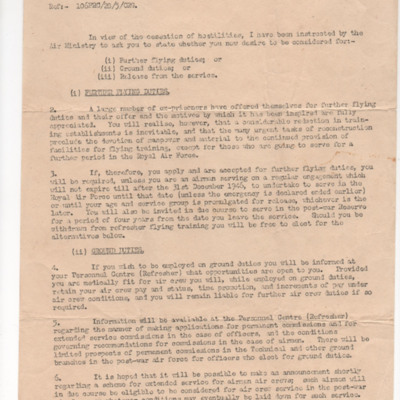 The letter sets out the three options that Allan has now that he has returned from prisoner of war camp. Each option is detailed 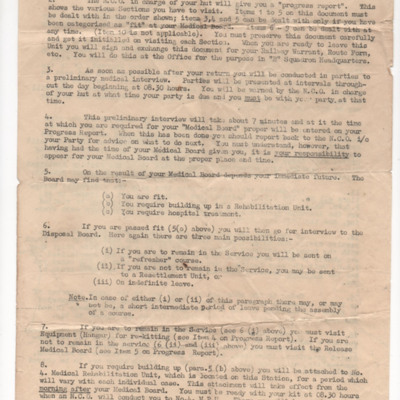 The document provides detail of tasks to be completed after his spell as a prisoner of war. He must have medical reports and if he stays in the RAF he will receive equipment. 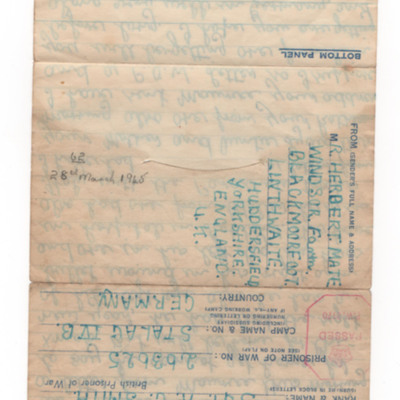 He tells Allan about family news and wishes him Merry Christmas.

The Shooting Down of Allan Smith 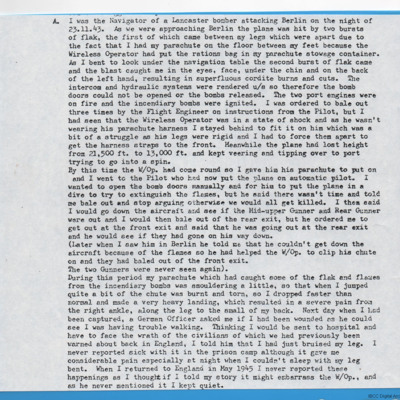 The story of Allan's Lancaster after they were damaged by anti-aircraft fire near Berlin. He had a heavy landing and damaged his leg.
The second part of the story is written by a German pilot who was involved in shooting down the damaged… 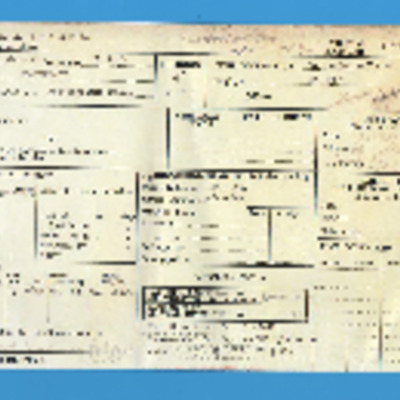 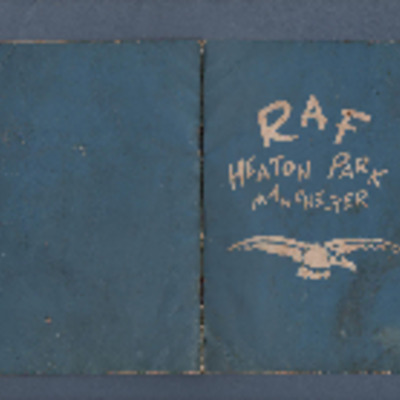 A guide containing information about the camp and how it operates, pay, discipline, local information, recreation, churches and aircrew categories. 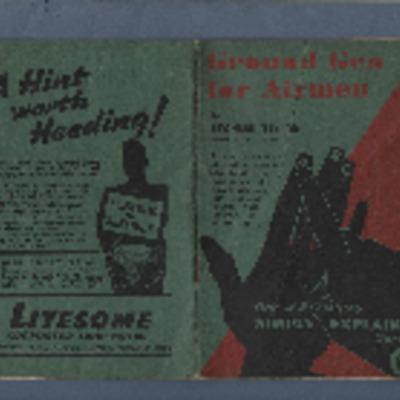 A brief guide for airmen of all trades and grades to the interior economy of life in the RAF. It includes a lot of detail about ranks, pay, duties, regulations, discipline and trades.

This item was sent to the IBCC Digital Archive already in… 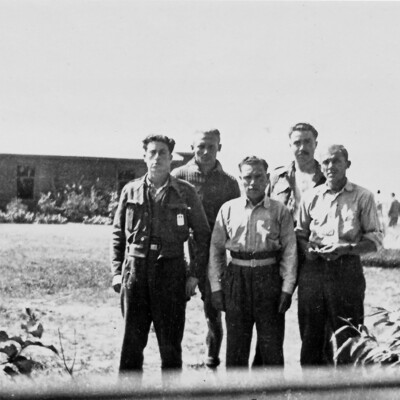 Allan and four other prisoners at Stalag 4B. 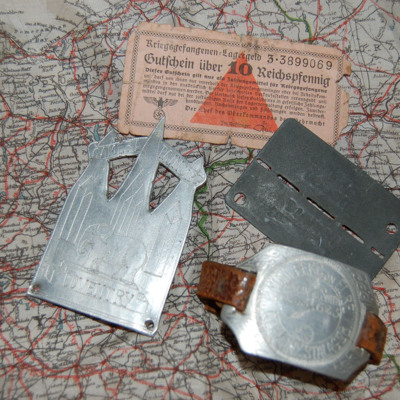 Four items from Allan's time as a prisoner of war.
#1 is a 10 Reichspfenning note used in the POW camps.
#2 is a Coventry badge with an elephant.
#3 is a metal plate
#4 is a metal badge with a leather strap. It is stamped with Stalag 4B
The four… 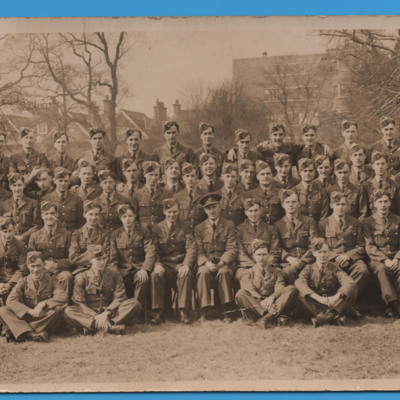 50 trainee airmen and an officer arranged in five rows. 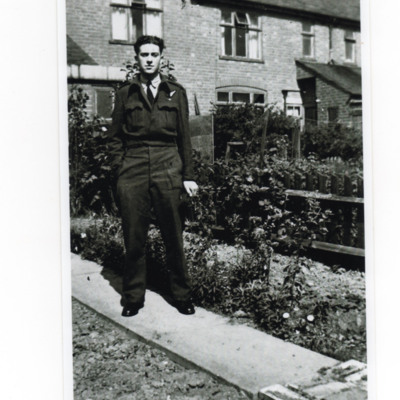 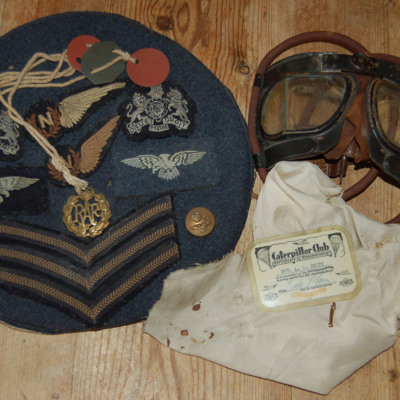 A collection of cloth and metal badges, identity discs, goggles and Caterpillar Club membership card that belonged to Allan Smith. 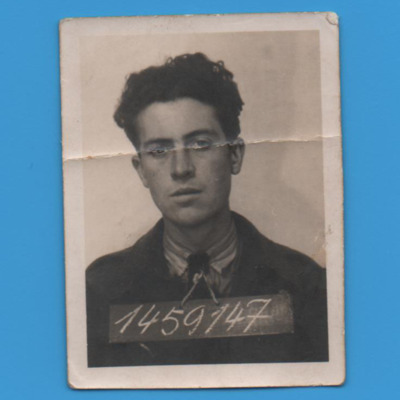 A head and shoulders portrait of Allan taken when he was a prisoner of war. 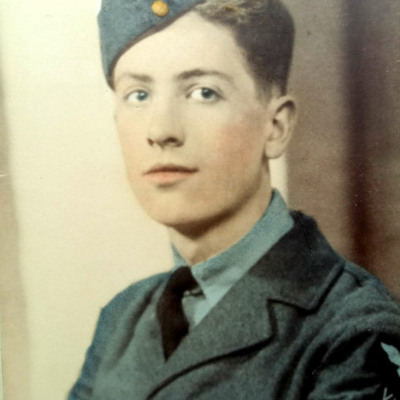 A colourised head and shoulders portrait of Allan. 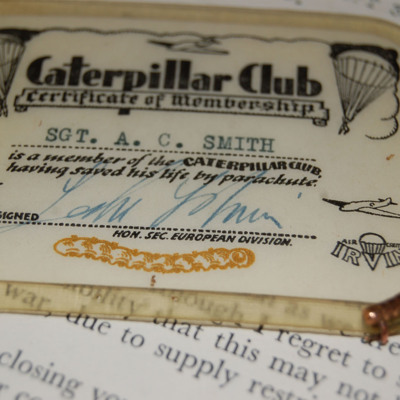 Allan Smith's membership card for the Caterpillar Club and a broach. 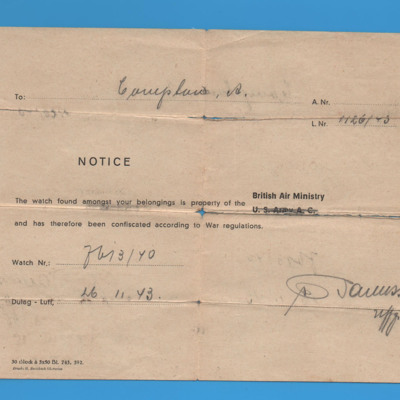 A receipt for a watch confiscated by the Germans at Dulag Luft. 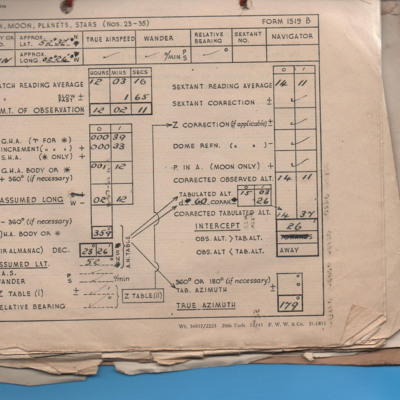 RAF Form 1519B filled in with observations to the sun. 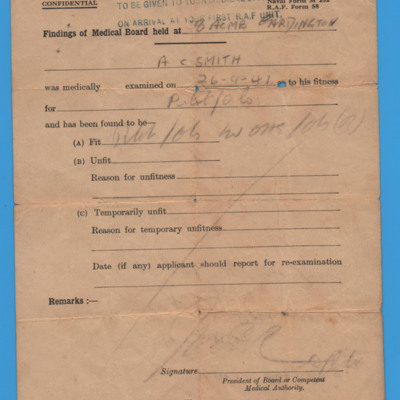 RAF Form 58 with the findings of the medical board. 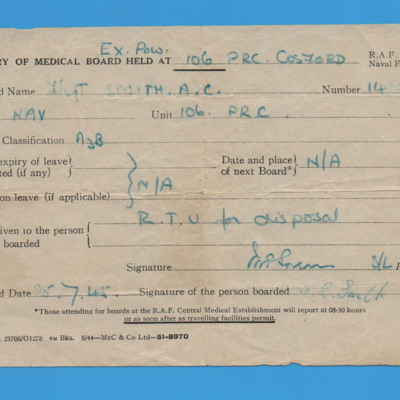 RAF Form 657 with details of Allan's medical after his return from prisoner of war camp. 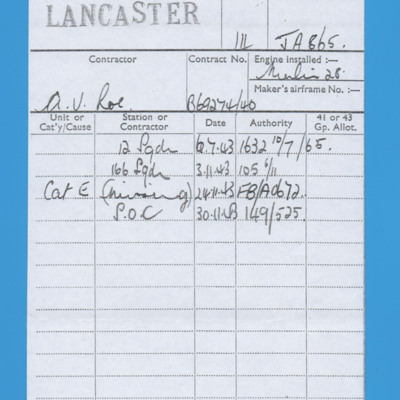 AM Form 78 for Lancaster Mk 3 JA865. Details of its service record. 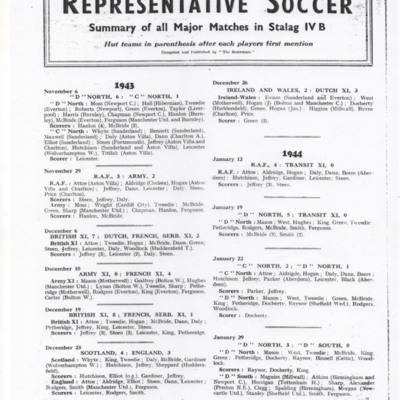 A summary of all major matches in Stalag IVB

The telegram advises that Allan has arrived in England.

Letter to Allan Smith from the Caterpillar Club The letter is a response for Allan's request to become a member of the Caterpillar Club after his safe use of a parachute.
View all 27 items