49 Items. An album containing 35 and 149 Squadron target photographs and pictures taken on a sightseeing tour over German cities to see bomb damage. 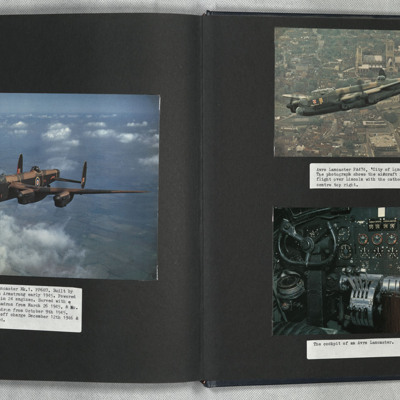 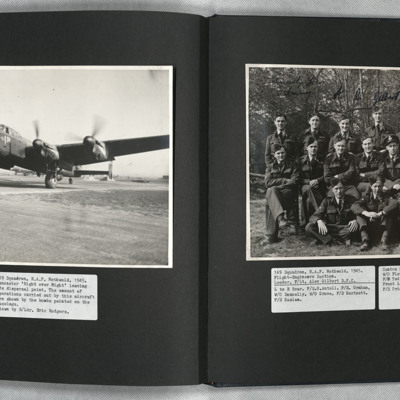 Photo 1 is a port side view of a Lancaster with engines running on the ground. Other aircraft are visible in the background.
Photo 2 is a group of 17 flight engineers arranged in three rows. Each individual is identified in the caption. 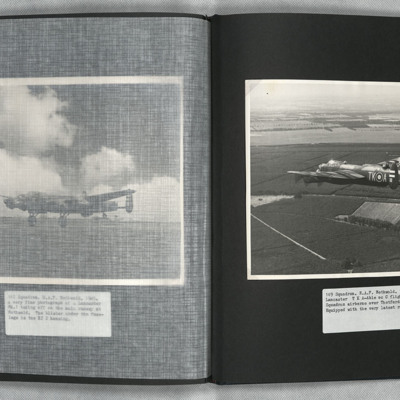 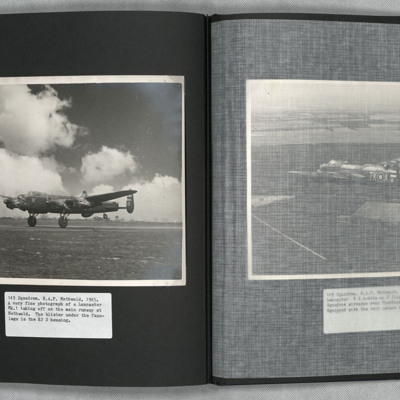 A Lancaster taking off from Methwold. 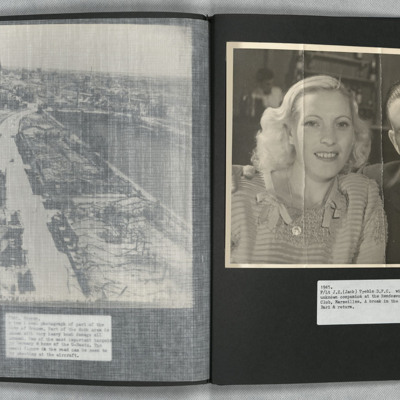 A head and shoulders portrait of Jack and a women, captioned 'Rendezvous Club, Marseilles'. 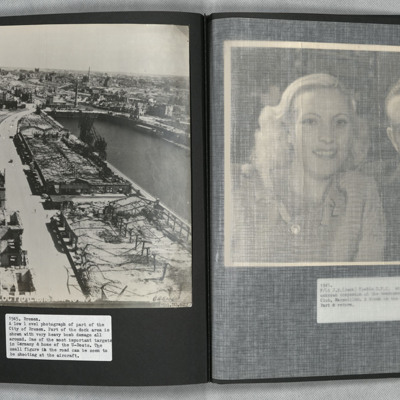 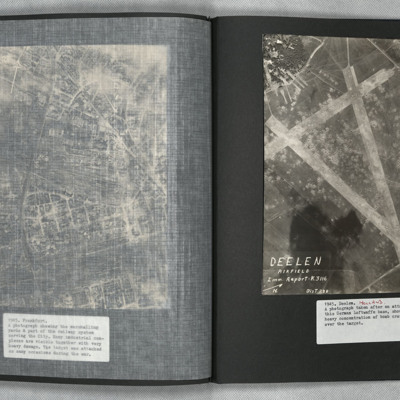 A vertical aerial photograph showing the airfield, south-west of Deelen, Arnhem. Three runways in the “A” configuration are seen, with the two main runways forming the top of the “A” at lower right. Hangars and other airfield buildings are to… 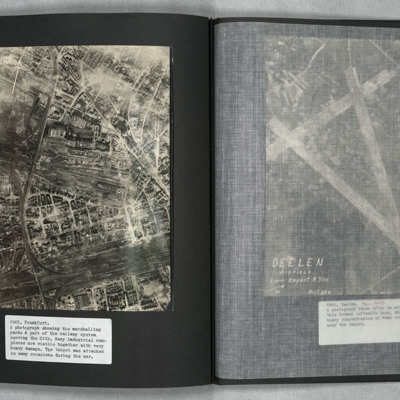 A vertical aerial photograph of Frankfurt showing extensive damage. Frankfurt Haupt-Bahnhof is shown lower right, with the main lines running across to lower left corner. In the centre of the photograph is a large industrial plant with extensive… 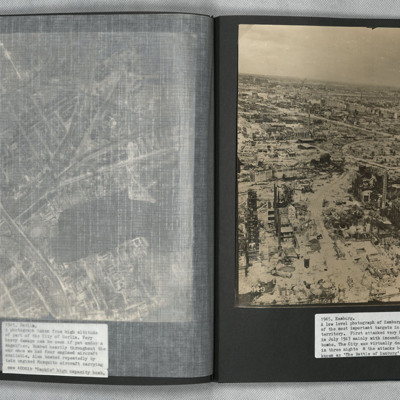 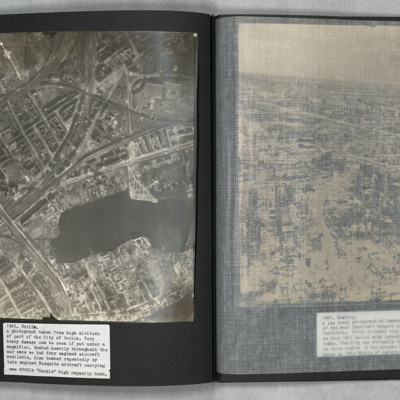 A vertical aerial photograph of Berlin showing heavy bomb damage. The body of water is the Rummelsburger See, with the railway station of Ostkreuz to the left of it at the confluence of railway tracks running from lower left to top right and from… 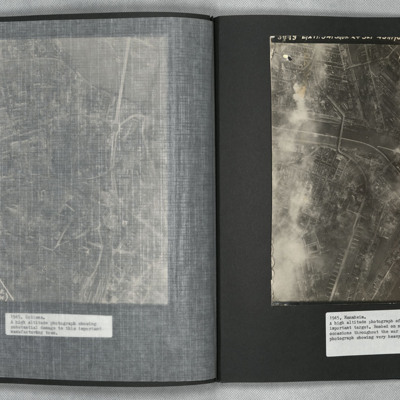 A vertical aerial photograph of Mannheim. The left of the image is shrouded by clouds. The main river running left to right is the Neckar. The spur below it being the Bonadieshafen and the one above it the Verbindungskanal. The road bridge crossing… 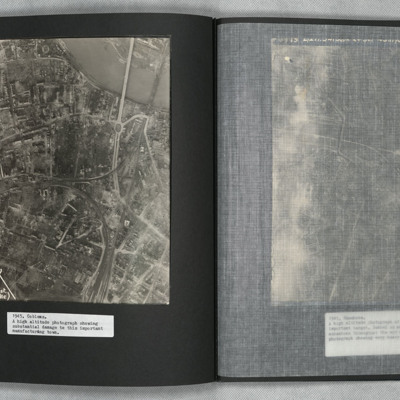 A vertical aerial photograph of Koblenz in early 1945 showing widespread damage to buildings with large areas completely destroyed. Bomb craters can be seen in several places. A railway marshalling yard is to centre left and the railway lines then… 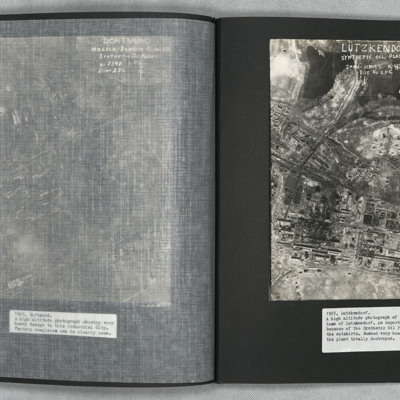 A vertical aerial photograph of the synthetic oil plant at Lutzkendorf, near Leipzig. The Geiseltalsee is the body of water at the top of the image. A railway line with sidings runs through the image from left to right. Possibly more sidings to top… 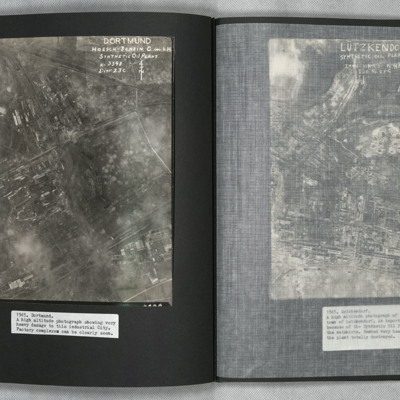 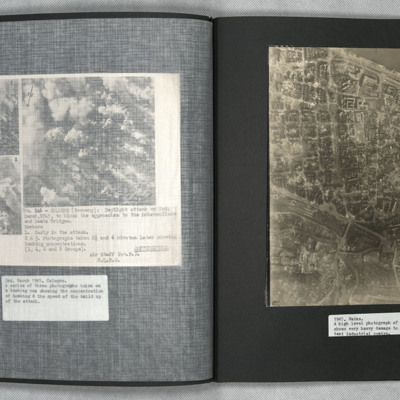 A vertical aerial photograph of Mainz. The
top right of the image shows the Rhine. The
bridge is Theodor-Heuss Brucke. The large
L shaped building to its left is Kurfurstliches
Schloss with various large government
buildings below it. The wide… 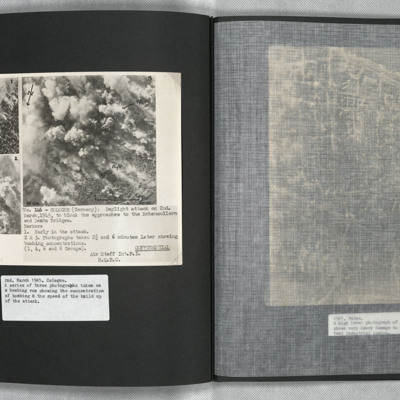 A confidential document. Three aerial photographs showing the development of a daylight bombing attack on Cologne. All images are taken at timed intervals during the attack, at the start, then after 2.5 and 6 minutes. The location is adjacent to the… 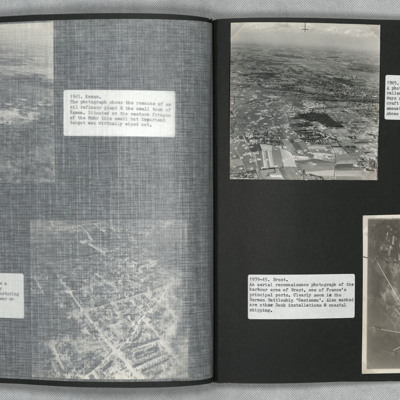 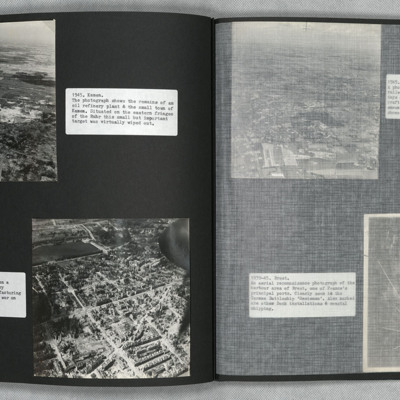 Two low level oblique aerial photographs.
Photograph one shows the remains of an oil refinery at Kamen. Bomb damage is visible throughout.
Photograph two was taken during a Cook's tour. It shows the urban, manufacturing centre of Hanover with… 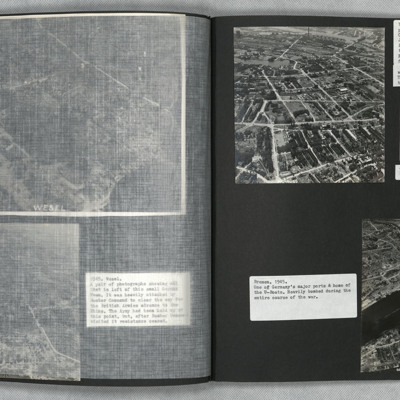 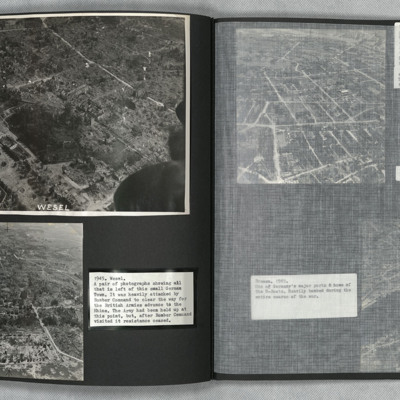 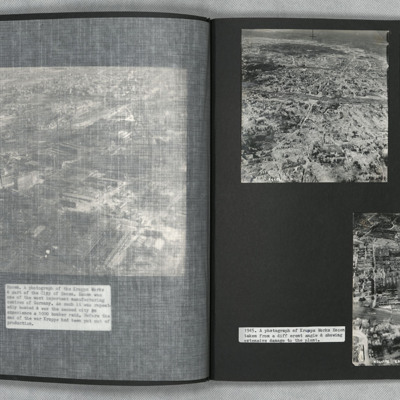 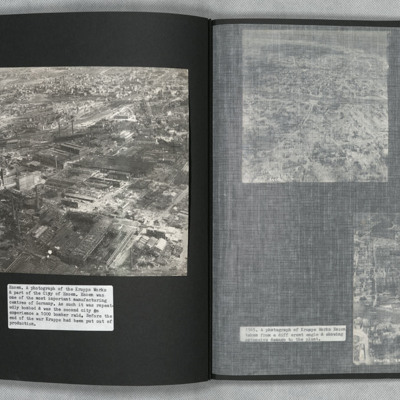 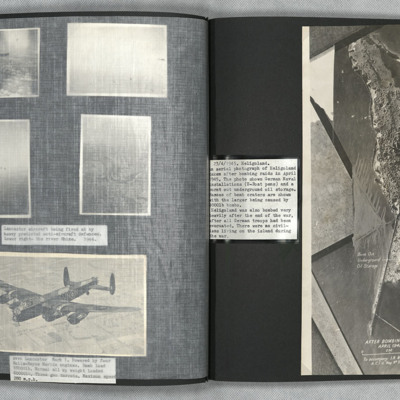 An annotated vertical aerial photograph of naval facilities at Heligoland. U boat pens and a burnt out oil storage facility are marked.

Lancaster in the Air 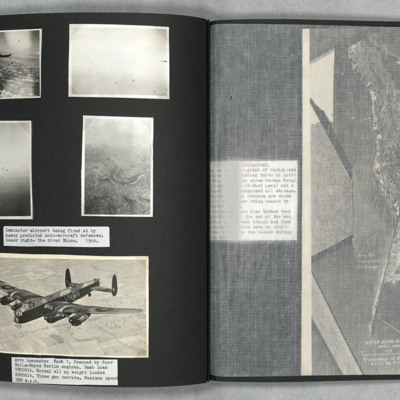 Photo 1 is a side view of a Lancaster flying above clouds.
Photo 2 and 3 are predicted anti-aircraft fire explosions.
Photo 4 is an oblique image of the Rhine.
Photo 5 is the port side of Lancaster VN-N viewed from slightly above and to the front. 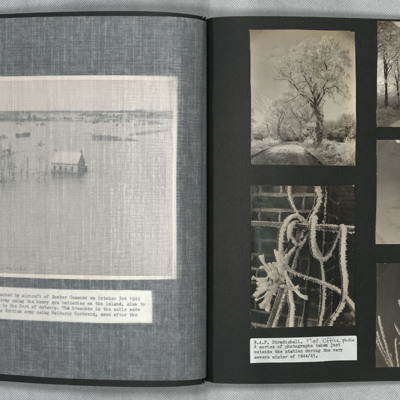 Photo 1 and 2 are icy roads with heavily frosted trees.
Photos 3, 4 and 5 are close ups of frozen vegetation.
They are captioned 'Met Office photos'.
View all 49 items