34 items. The collection concerns Flight Lieutenant Jim Tyrie (1919 - 1993, 87636 Royal Air Force) and contains his log book, photographs, correspondence and prisoner of war log as well as a photograph album. He flew operations as a pilot with 77 Squadron before being shot down in April 1941.

The collection has been loaned to the IBCC Digital Archive for digitisation by Brian Taylor and catalogued by Barry Hunter. 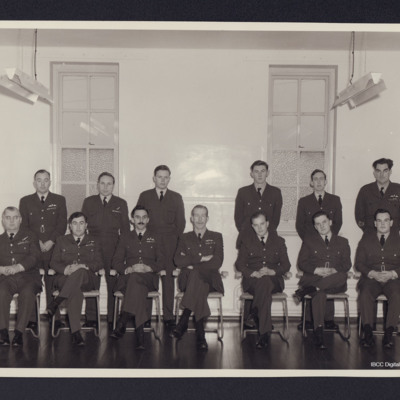 A group of 12 airmen arranged in two rows. Jim Tyrie is in the centre of the front row, 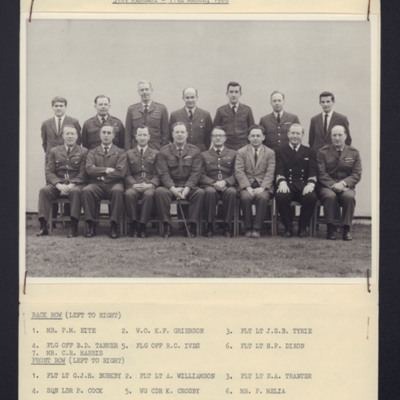 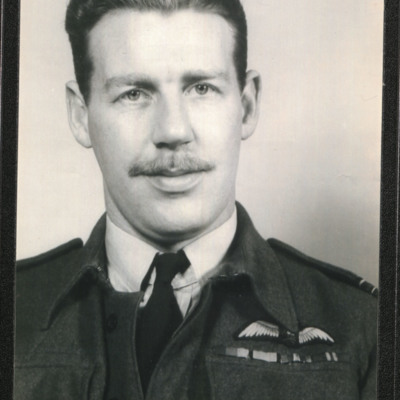 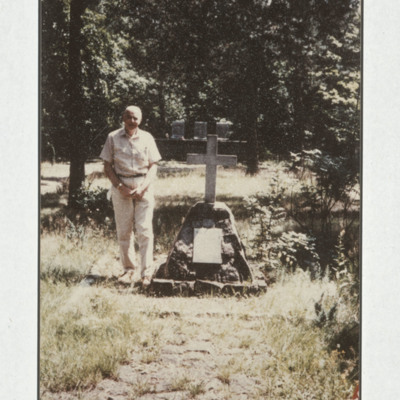 A man standing by a stone grave.

Man and woman in a Jaguar SS 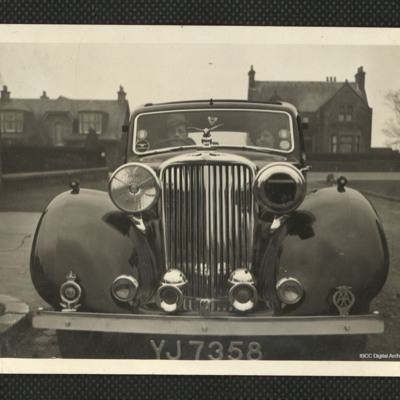 A man and woman sitting in a Jaguar SS, registration number YJ7358, viewed from the front. 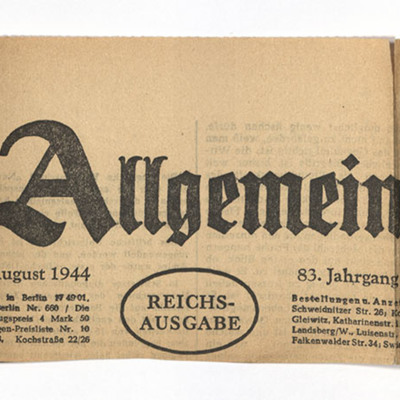 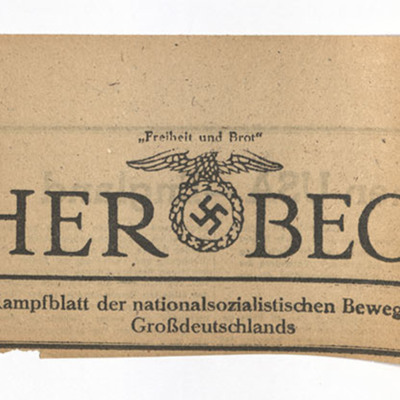 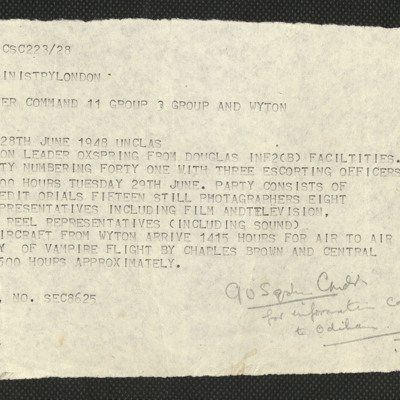 The telegram advises Oxspring that a press party will be arriving to photograph a Lincoln and Vampires. 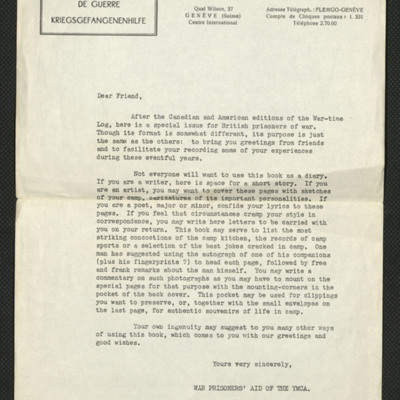 War Prisoners Aid based at the World's Alliance of Young Men's Christian Associations, Geneva. The letter suggests ways to use the log. 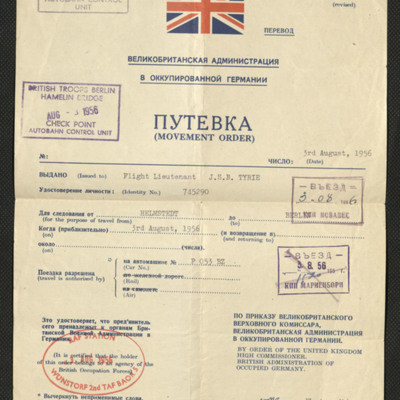 A document issued to Jim Tyrie authorising him to travel from Helmstedt to Berlin. 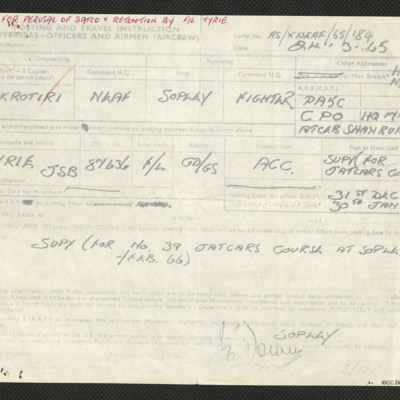 Jim's posting from Akrotiri to Sopley 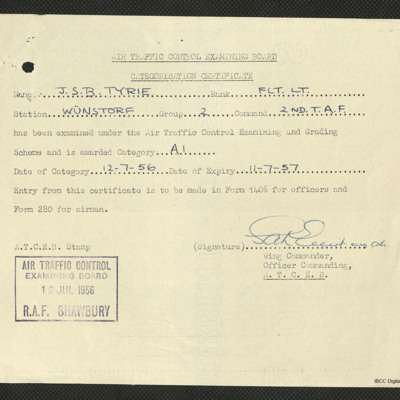 A certificate awarded to Jim Tyrie at category A1 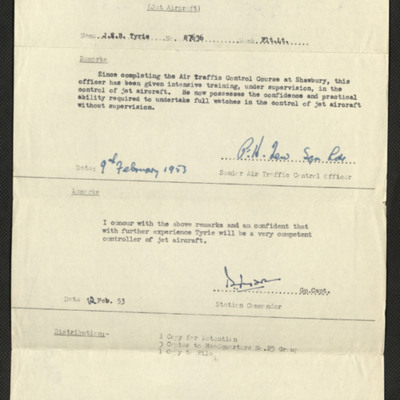 A certificate awarded to Jim Tyrie allowing him to control jet aircraft. 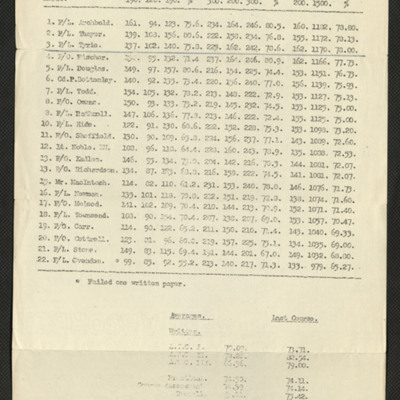 A table of results of the Air Traffic Control Course with Jim Tyrie coming third from 22. 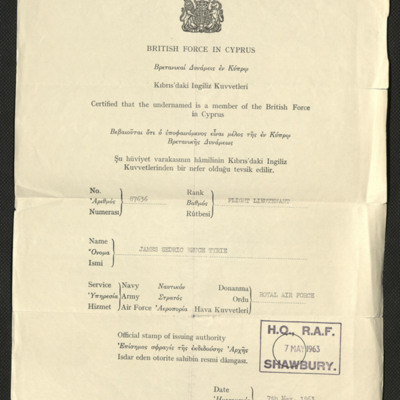 A certificate issued to Jim Tyrie by the RAF identifying him as a member of the RAF. 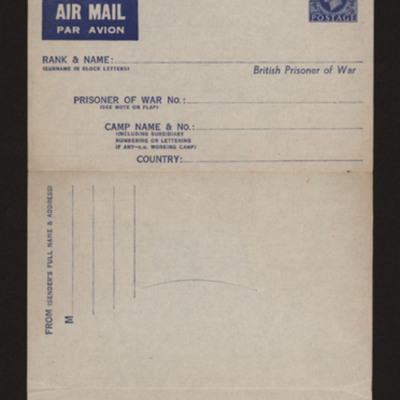 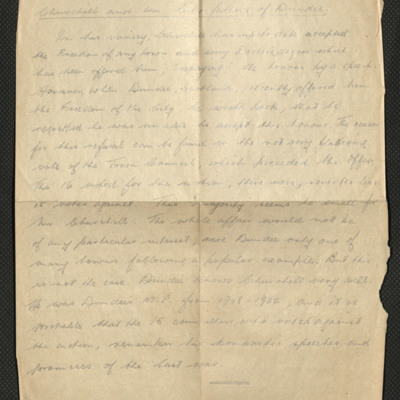 The article describes why Churchill, a former MP of Dundee should not receive the freedom of Dundee and why only 16 of the 31 councillors voted for him to receive the honour. 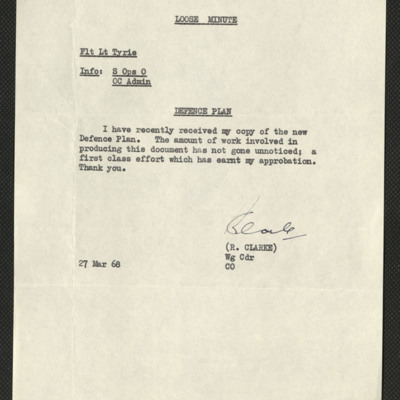 The letter thanks Jim for his work on the latest Defence Plan. 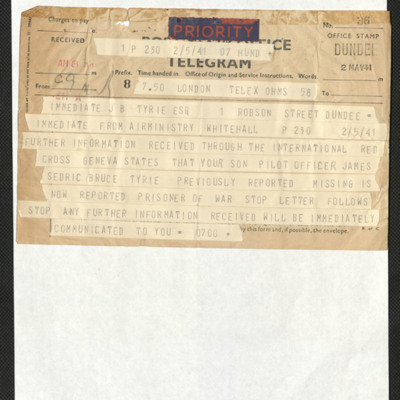 The telegram advises Jim Tyrie's father that his son has been reported as a prisoner of war by the Red Cross. 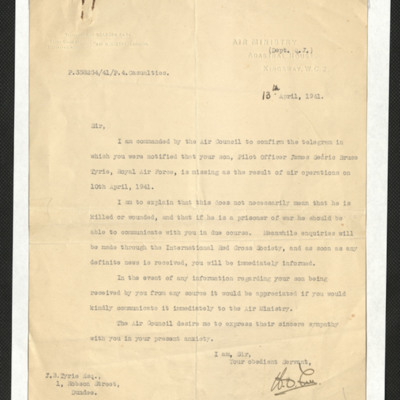 The letter refers to Jim Tyrie being missing in action and assuring his father that he may be captured and that efforts will be made to trace him through the Red Cross. 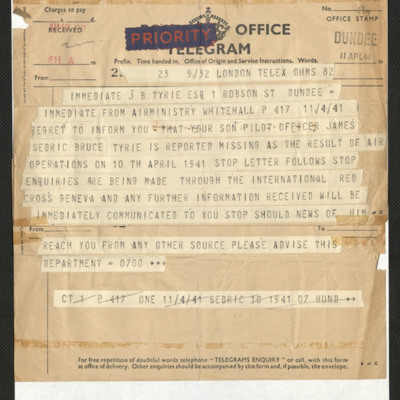 A telegram to Jim Tyrie's father reporting his son missing. 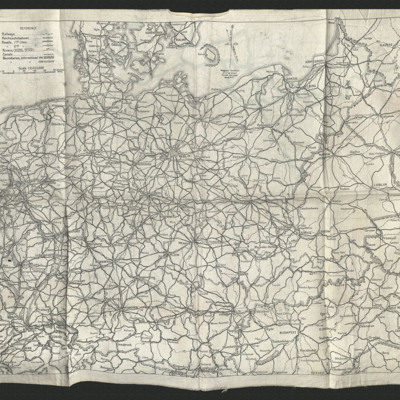 Two escape maps, the first is of Germany at a very small scale, the second is of France, Benelux and Switzerland. 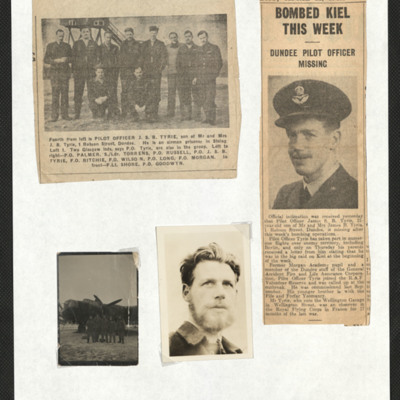 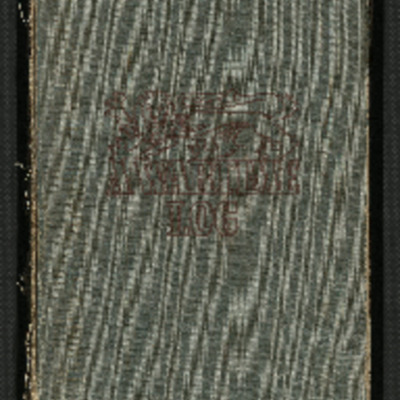 A wartime log kept by Jim Tyrie whilst being kept a prisoner of war. He was shot down on 10th April 1941 and imprisoned for 4 years, 1 month and 16 days. It contains cartoons, sketches and maps.
He lists the men who were shot after recapture during… 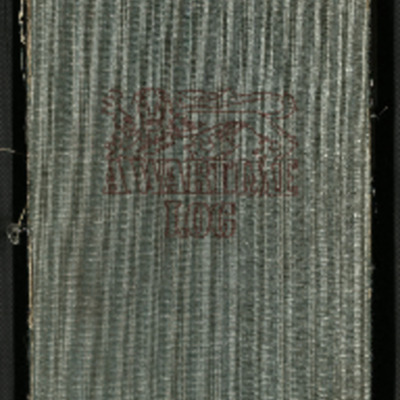 A wartime log kept by Jim Tyrie. He lists his crew on the night they were shot down over Berlin, the construction of tin trays, addresses of co-prisoners, cartoons, London restaurants, newspaper cuttings in German and English and finally more…
View all 53 items