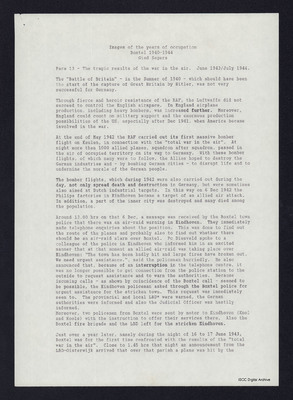 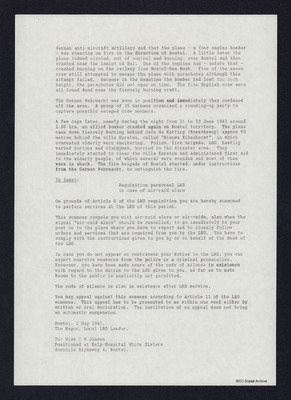 Details effect of bombing war on the Netherlands. While many overflights on the way to Germany some Netherlands targets were hit. This included the Phiips factory in Eindhoven. Includes account of events in Boxtel while the Eindhoven attack in progress. Account of night 16/17 June 1943 when aircraft crashed at Boxtel and of further crash 21/22 June 1943.