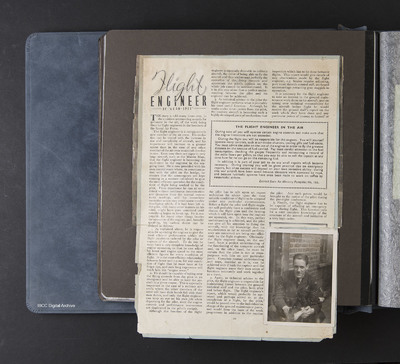 One shett and one b/w photograph on an album page