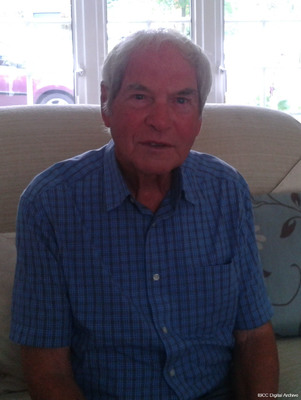 Iain was a National Service air gunner in the 1950s and served with 214 Squadron at RAF Upwood in Huntingdonshire after being called up at the age of 18. Upon completion of training, he flew on Wellingtons and fighter affiliation with Spitfires. He was then posted to RAF Scampton for conversation onto Lincolns. After completing about 40 hours, he was posted to 214 Squadron.
He tells of his time doing NATO exercises, including laying mines in the Firth of Forth. Iain also talks about how his crew was all non commissioned officers, one of only two on the base; and of playing for the Squadron football team. He also talks about his escape and evasion exercises during the Cold War, and how he had to get back to base in three or four days. Iain speaks of his pride in serving in the Royal Air Force, and the time he ended his National Service in 1953.