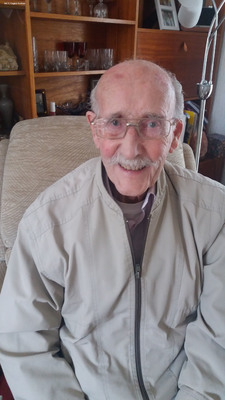 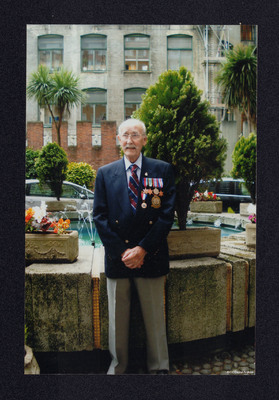 Frank Simpson was born in Manchester and volunteered to be an air gunner after joining the RAF. He flew in ‘Ollie’s Bus’ which was named after the Canadian pilot. He describes seeing the German aircraft with the Schrage Musik, the upward firing guns and seeing aircraft shot down. His own pilot had to take evasive action when they were caught in searchlights over Berlin. He also recalls gunnery duty beside the airfield to protect the incoming aircraft from German intruder aircraft.