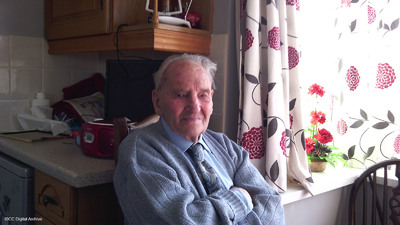 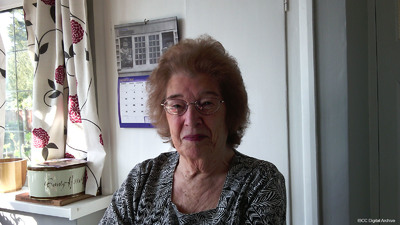 Warrant Officer Robert Royston Clarke joined the Royal Air Force in 1940 and flew in Lancasters.
He joined Bomber Command after seeing the bombing of Coventry.
Robert tells about bailing out and being manhandled by the local inhabitants before escaping and hiding under a train.
He was arrested by the Vichy French and tells of how he was then interviewed by a German Officer.
He escaped on a couple of occasions, linking up with the Polish Resistance on one occasion and hiding from the Gestapo who were searching for him with dogs. He tells of his experiences ‘on the run’.
He then found himself with the 11th Army Division and was flown home from Belguim after the war.