Bringing a damaged bomber back from Wilhelmshaven 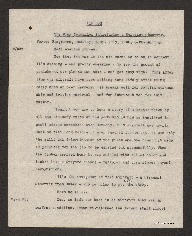 Sergeant Spencer Lewis Belton is interviewed by a wing commander about his aircraft flying over North Sea to bomb Wilhelmshaven. Mentions a British convoy and intense anti-aircraft fire over Emden. Describes the Wilhelmshaven bombing mentioning many searchlights and intense anti-aircraft fire: first run over target was practice and aircraft took some damage, on second run dropped bombs without further damage. Hydraulic system had been damaged but emergency system had allowed landing gear to be lowered.