34 items. Photographs, correspondence and newspaper clippings concerning Sergeant Spencer Lewis Belton (1919 - 1940, 581261 Royal Air Force). Spencer Lewis Belton flew as an observer/ bomb aimer with 144 Squadron from RAF Hemswell. He was awarded the Distinguished Flying Medal after an operation to Wilhelmshaven in July 1940 and was interviewed about it by the British Broadcasting Corporation. He was killed 10/11 August 1940 when his Hampden P4368 crashed in the Netherlands, during an operation to Homberg.

Additional information on Spencer Lewis Belton is available via the IBCC Losses Database. 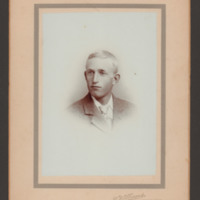 Head and shoulders portrait of a man wearing suit and tie. On the reverse ‘I think that this is Uncle Spen not Dad’. 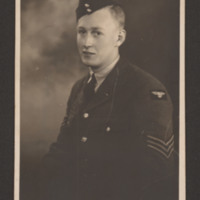 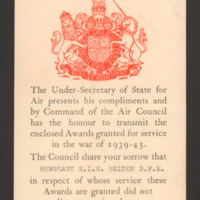 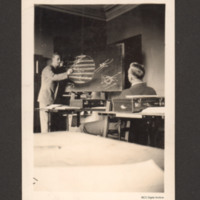 One man, smoking, is writing on a blackboard with weather patterns chalked on it. A second man is seated in front of him. Two briefcases are visible on desks. 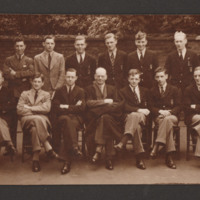 Group photograph a teacher surrounded by 12 students, six seated and six standing behind. Nine students are are in school blazers, shirts and ties, two are in suits, one in blazer and flannels. Teacher is wearing a gown. Spencer Lewis Belton is back… 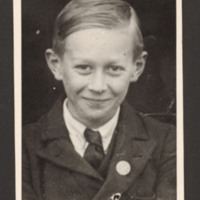 Head and shoulders portrait of Spencer Lewis Belton in school uniform, shirt and tie, round badge in left lapel. On the reverse ‘Lewis’.

Child in a toy car 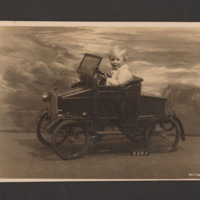 Smartly dressed child in formal pose, inside a realistic toy car in front of painted backdrop. '2416' on the ground beside car.

Group in front of a Hampden 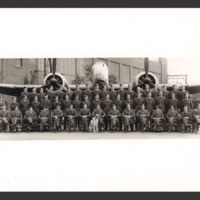 Formal group photograph of personnel in front of a Hampden. They are arranged in three rows, some seated some standing. A dog is in the middle: a hangar, a gantry crane and sandbags are visible in the background.

Additional information about this… 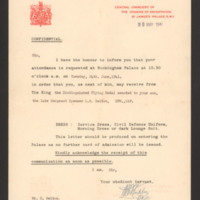 Letter from the Central Chancery of the Orders of Knighthood to Mr S Belton requesting attendance for presentation of Distinguished Flying Medal awarded to Sergeant Spencer Lewis Belton. 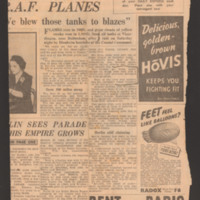 Details of operations on oil tanks at Rotterdam and on Wilhelmshaven.

Hero of 21 RAF raids gets DFC 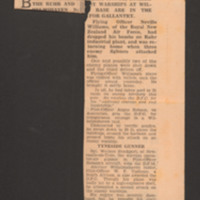 Hail these heroes of Empire. Eleven new awards to men of the R.A.F. 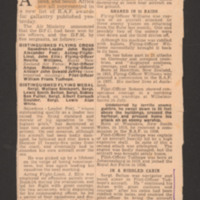 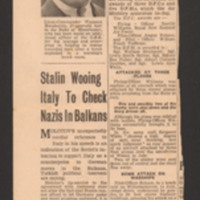 Pilot describes the events of the operation, damage to wing, propeller, tail wheel and rudders. Proceeded to target and dropped bomb load. 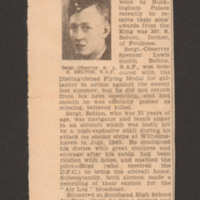 S Belton received a Distinguished Flying Medal for his son Sergeant Spencer Lewis Belton. He was educated at Southend High School, worked in a bank and on his father’s farm.

Death of Mrs. A. Hallums 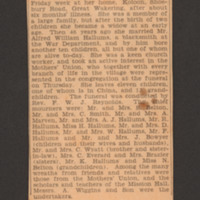 Funeral of Mrs A Hallums attended by Mr and Mrs S Belton. 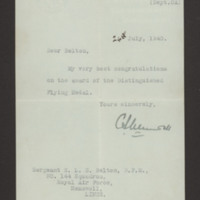 Boy in blazer, shirt and tie 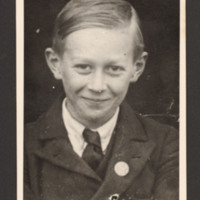 Head and shoulders portrait of boy in blazer, shirt and tie, round badge in left lapel.

Spencer Lewis Belton as a child 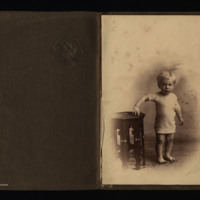 On the first photograph, Spencer Lewis Belton is standing beside a small table. On the reverse ‘Lewis Belton age 1 yr and 5 months'.

On the second photograph he is sitting on a chair looking to the side. On the reverse ‘Spencer Lewis Smith…

Memorandum on the steps taken to trace missing personnel 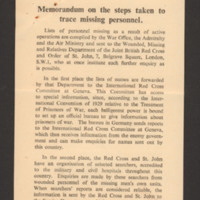 The memorandum outlines procedures for tracing personnel resulted missing as consequence of active operations. Describes the role of the International Red Cross Committee in Geneva, St. John’s Ambulance and the Casualty branch of Record office.…

Notes for information and guidance of the next-of-kin or other relatives of airmen reported missing, prisoner of war or deceased 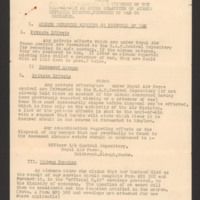 The document refers to storage of private effects at central depository, widows pension, orphans pension, address of the ministry of pensions and grants to next-of-kin other than widows.

Bringing a damaged bomber back from Wilhelmshaven 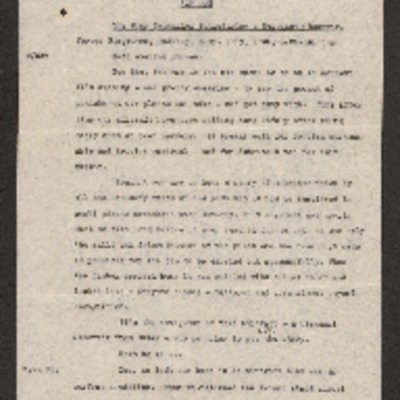 Sergeant Spencer Lewis Belton is interviewed by a wing commander about his aircraft flying over North Sea to bomb Wilhelmshaven. Mentions a British convoy and intense anti-aircraft fire over Emden. Describes the Wilhelmshaven bombing mentioning many…
View all 34 items