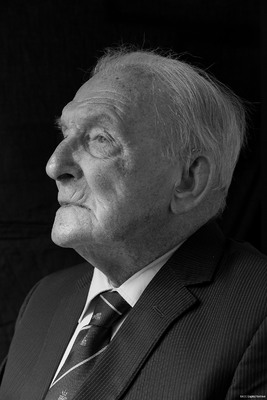 George ‘Johnny’ Johnson comments on Paul Brickhill's book and on the 1955 film of the same name, expressing disappointment that there was no mention of the Sorpe Dam. He voices contempt for the unscrupulous people who have made money by selling log books taken from veterans’ families. He notes that not all authors writing about Bomber Command are reliable. He criticises Winston Churchill for the way in which he held Arthur Harris responsible for the Dresden attack of February 1945. He explains his part in the campaign for Bomber Command to receive a medal, and his disappointment about the clasp. He mentions his correspondence with David Cameron. He praises the Green Park memorial but feels the finer one is the International Bomber Command Centre in Lincoln. He acknowledges the recent recognition given to him, but stresses that gratitude is due to all those who fought and died.