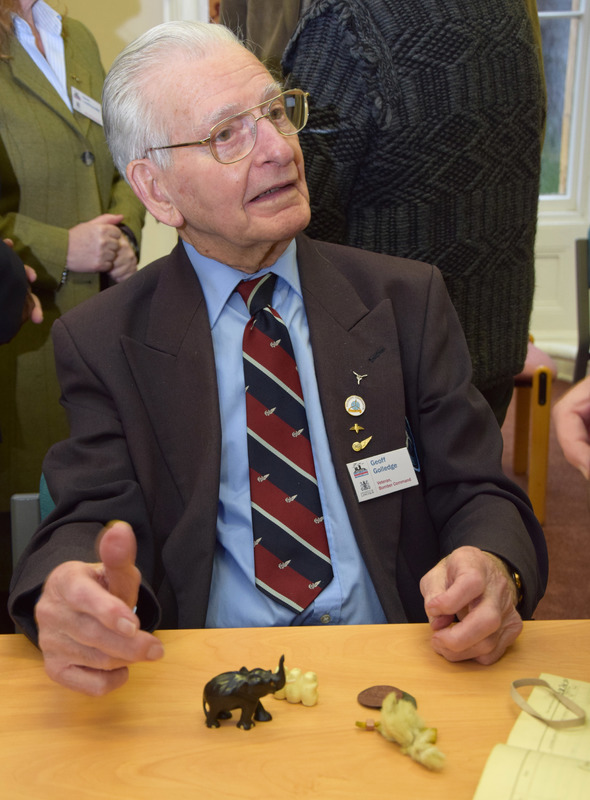 Geoff Golledge volunteered for the Royal Air Force and trained as a wireless operator / air gunner. For a time he served as ground personnel with 44 Squadron at RAF Waddington, on the flare path. One night he brought thirty five aircraft safely in to land, on another occasion he found himself stuck in mud right in the path of a landing Lancaster. He then completed air gunnery training in County Down, Northern Ireland. He served in the Middle East, flying Wellingtons, until he was invalided out due to severe illness. After a time in civilian life, he rejoined the Royal Air Force as a warrant officer on a cadet squadron, where he spent the rest of his career. He also discusses the memorial work in which he has participated in the United Kingdom and in the Netherlands.