Story of the last few minutes of JB529, DX-F 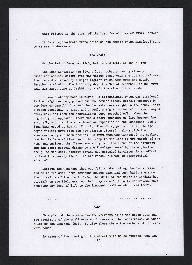 Story of the last few minutes of JB529, DX-F

Account of attack by night fighter and subsequent crash on 2 December 1943 at Trebbin of Ernest Tansley's Lancaster. Plans of crash site and notification of where parts of the aircraft landed. Description of photos (not included). Includes eye witness accounts and locations where aircrew were found.

What follows is the story of the last few minutes of JB529, 'DX-P'.
It is an approximate translation as the report which Siegfried sent to me was in German:-
THE CRASH
On the 2nd of December 1943, before midnight, at about 11pm.
The lone Lancaster was flying low, probably having already sustained earlier damage over the target area, when she was spotted near Trebbin and attacked by a night-fighter which came from the nearby Juterbog airfield. The following day, the 3rd of December, an NCO from this Air Base, came to Trebhin to visit the site of the crash.
It was a starry moonlit night. A searchlight, which was stationed in the neighbourhood, picked out the bomber first, quickly followed by two further searchlights and the Lancaster was caught in the cone. Next
a flare appeared, (3 green and 1 red), a signal whose colour was changed every day, and then the searchlights were switched off. When the night-fighter appeared, there was a short exchange of fire between both aircraft, and then there followed an explosion in the Lancaster, and a loud bang could be heard. Shortly after this, parts of the fuselage began falling away from the now blazing aircraft, along with the starboard wing and both engines. A gentleman who witnessed the combat, now in his late sixties, said that despite the loss of two thirds of the wing and engines, the flames emanating from the front of the aircraft and the other serious damage to the fuselage caused by the explosion, the pilot was still clearly flying his crippled Lancaster in an effort to land in a nearby field. In his words, "It was an aeronautical
miracle"
Despite the wreckage that was falling down along the Luchstrasse and on to the small semi-detached houses that had been built there on the outskirts of Trebbin in 1934, the skill of the pilot in landing his
aircraft in the field ensured that they weren't totally destroyed, thus avoiding any loss of life to the innocent families who lived there.
PLAN
This plan of the area shows the whereabouts of the crash site and the proximity of the small estate of houses on the Luchstrasse, on which a lot of the wreckage fell. It also shows where the members of the crew were found.
By means of the drawing of the street with house numbers, you can


see where particular sections of the aircraft crashed.
No. 6 - Home of the main eye-witness. Part of the fuselage was in the garden.
No. 16 - This is where Siegfried lived with his family. The roof and corner of the house were struck by either the tail section or some other large part of the aircraft.
No. 24 - Twin machine guns fell through the roof and were left hanging in the kitchen ceiling. One wheel flew into the base of the fence, and then into the house.
No. 9 - The drive-shaft.
One engine lay on the electricity pylon, and the second engine was found on the road in the direction of the town, about 200 metres from the first.

PHOTOS
Photo No. 1 - This shows some of the wreckage collected at the northern end of the Luchstrasse, opposite house No.l.
Photo No. 2 - This shows more of the wreckage collected together outside the front of house No.12 and the boundary with No.14. The tank in the wing was full of petrol which was taken away the next day. The
electrical mains connections to Nos.14 and 16 were torn down.
THE AIRCREW

Points 1-8 on the plan marked with an 'X', show where the members of the crew were located.
Point 1. The first man was found lying at the edge of a meadow by a small slope and he had suffered a head wound. He had been able to use his parachute and it is believed that he had probably survived for a short while and managed to walk to that spot. His boots and the legs of his trousers were singed.
Point 2. The second man had fallen onto the un-made Luchstrasse, between houses 25 and 34. His parachute was un-opened.

Point 3. This young man was found on the borders of the gardens between houses 34 and 36. His parachute had also not been used.
Point 4. The rear gunner was still in his turret and had received bullet wounds in the chest. He was not burnt because the fire had not reached as far as the tail of the aircraft.
Point 5. The pilot was still in the cockpit, in his seat and had been completely burnt. He was not identified until exhumed by the R.A.F. at the end of the war.
Points 6, 7 & 8. These three men were found together in the rye field, somewhere between where the engines fell and the plane landed. One of them had suffered an injury to the skull.
When all eight members of the crew had been traced, two young men were sent out in a wagon to collect them. They travelled along the main B10l as far as the Historical Roadhouse 'Chaussehaus' and turned right along a country lane which ran between two fields. A cart track was then followed in order to reach the first man. From there, they took a pathway that then existed (dotted line), down towards the railway line and the southern end of the Luchstrasse and collected the second man. The four other men from Points 3, 6, 7 & 8, had been gathered together at Point 9, and they too were placed in the wagon and then taken over to the aeroplane wreck where the rear gunner and my father. still were. Here, all eight members of the crew were covered in one of the parachutes and then taken to the 'Old Cemetery' to await burial. This took place on the 6th of December and the bodies were wrapped in a tarpaulin before being buried side by side in a mass grave. This was situated behind a tiny chapel at the far end of the main grounds where a wooden cross was erected to mark the site. On the cross was written "Hier Ruhen 8 Britisch Flieger" "Here Lie 8 British Flyers".
After the war, the R.A.F. sent out teams of Missing Research and Enquiry Service officers, to trace and identify all R.A.F graves and missing airmen, in order that they could be re-sited in British Military
Cemeteries.
A young lady who lived with her parents at the Chausseehaus during the war, was in the cemetery in Trebbin when the officers arrived looking for the crew of 'P-Peter'. She was asked, in broken German, to
leave the cemetery as they were looking for the graves of eight British airmen and had come to collect them.
After showing the officers where to find them, she then watched while the first two bodies were brought out of the grave. They were laid out on the ground and each skeleton and skull was carefully measured. The officers also found some buttons belonging to the airmen's uniforms. She saw no more as she was made to leave the cemetery when it was discovered that she had stayed to watch.