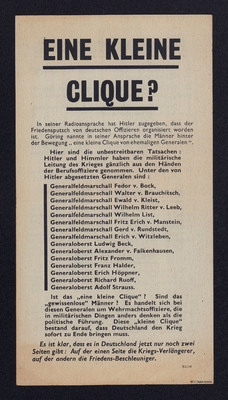 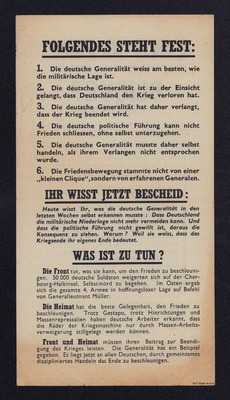 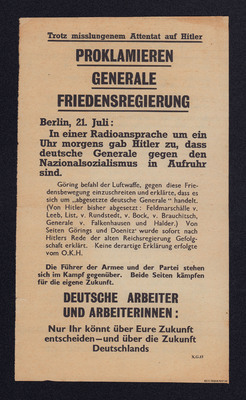 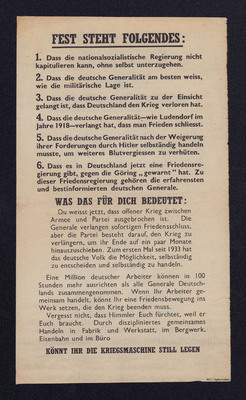 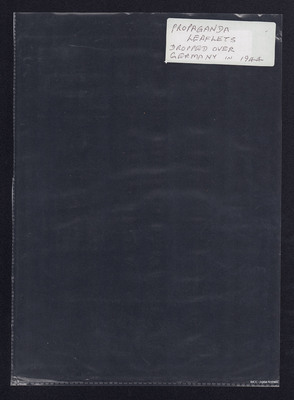 Hitler admits, in radio address at 1am on 21st July, to German generals’ coup. Leaflet points to heightened tensions between army and party. Claims the latter wants to prolong the war for its own ends, whereas generals want peace, acting when their demands were turned down by Hitler. A ‘peace’ government is in place with the most experienced generals. Exhorts German workers to act together collectively in their workplaces to end war.

Germany facing defeat, and political leadership unwilling to address it.

Additionally there is a plastic envelope for the two leaflets.