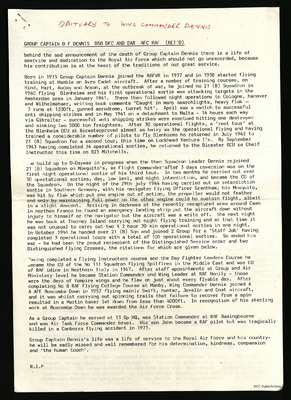 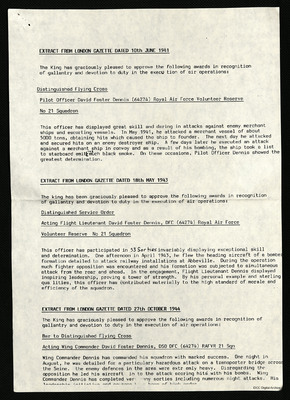 Two typewritten pages, one is an obituary for Group Captain DF Dennis DSO, DFC and bar, AFC, RAF (Retd), the other are the extracts from the London Gazette reporting the award of his DFC, DSO and Bar to DFC.